Shahnawaz Dahani’s village submerged with no electricity for days 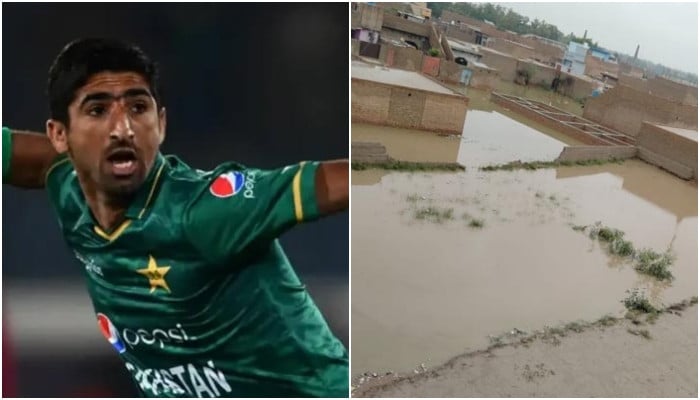 LARKANA: Pakistan pacer Shahnawaz Dahani is busy representing the country in the Asia Cup, however, his village has been completely submerged as the country suffers from a devastation amid the ongoing catastrophic floods caused by abnormal monsoon rains.

Pakistan is facing a huge disaster in which 1,033 people have been killed while many have lost their houses, animals, and crops and are forced to leave their houses and take shelter elsewhere.

Dahani, who is currently playing for the Pakistani cricket team in the ongoing Asia Cup 2022, belongs to a village named Khawar Khan Dahani in Sindh’s Larkana.

According to a Fourth Pillar Post on Facebook, his entire village is underwater and there is no electricity for days in his home town.

Last week, the speed star asked the government and non-governmental organisations (NGOs) to support the families suffering from recent floods in Sindh, Balochistan and Punjab.

The cricketer spoke up for the areas of the country that have suffered huge losses due to the floods caused by torrential monsoon rains.

He also made an appeal to the people of flood-stricken areas to stay together and help each other.

Dahani played his first match against India on August 28 in T20 Asia Cup during which he smashed two massive sixes to help Pakistan reach a paltry 147.