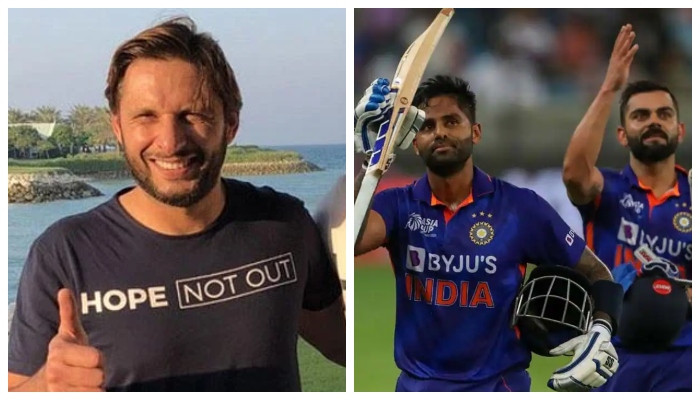 Cricket fans were stunned by the brilliant batting spell by India’s Suryakumar Yadav against the Hong Kong bowlers, who had already strengthened their hold on KL Rahul and Virat Kohli in the second match of the ongoing Asia Cup in the United Arab Emirates on Thursday.

However, Yadav displayed furious strokesplay as soon as he took the front seat and thanks to him, India managed to score over 50 runs in the last three overs and their total swelled to 192 for 2 at the end of the inning.

He said that he had tuned in to watch Kohli’s batting but he was amazed to see Kumar hitting boundaries after one another.

“The way Kumar came, hit a four on the first ball and then to the second. He was just in a positive frame of mind and he had brought the license to not let any ball stop [short of any runs],” Afridi said.

“Body language is very important. You should appear confident even when you are taking a single, defending the ball or hitting a six. And the confidence he showed while hitting those big shots was superb. He entertained the crowd,” Hindustan Times quoted Afridi as saying.