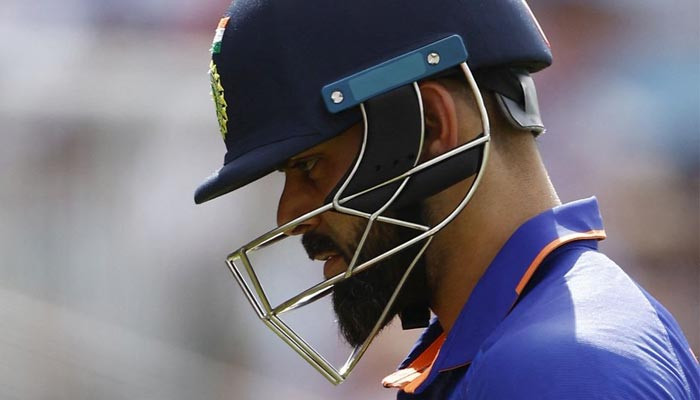 MUMBAI: India’s batting talisman Virat Kohli said that a recent run drought had impacted his well-being and that he had been faking intensity to demonstrate that everything was fine.

Kohli and other leading cricketers such as England test captain Ben Stokes have been opening up on their mental health concerns. Kohli himself said recently that he had suffered from depression after a string of failures with the bat during India’s tour of England in 2014.

One of the world’s best batsmen in his prime, the former India captain has endured a prolonged lean patch and has failed to register an international century since scoring his 70th in a test match in November 2019.

After a month’s rest, when he skipped India’s white-ball tours of the West Indies and Zimbabwe, Kohli will return to action at the Asia Cup.

“For the first time in 10 years I have not touched a bat in a month,” Kohli told Asia Cup broadcasters Star Sports. “I came to the realisation that I was kind of trying to fake my intensity a bit, recently.

England’s Stokes said this week that he took an extended break from cricket last year to focus on his mental well-being after experiencing panic attacks following the death of his father almost two years ago.

India will begin their Asia Cup title defence against arch-rivals Pakistan on Sunday, and pundits are backing Kohli to return to form.

“I’m looked at as a guy who is mentally very strong, and I am,” Kohli added. “But everyone has a limit, and you need to recognise that limit, otherwise things can get unhealthy for you.

“I’m not shy to admit that I was feeling mentally down. This is a very normal thing to feel, but we don’t speak because we are hesitant. We don’t want to be looked at as mentally weak. Trust me, faking to be strong is far worse than admitting to be weak.”