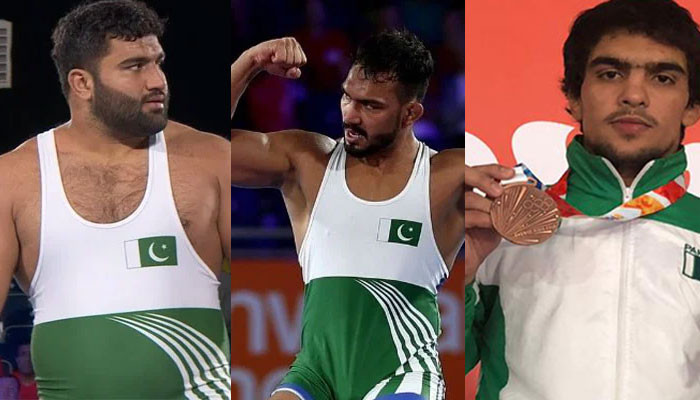 
Pakistan’s tally of medals in the Commonwealth Games 2022 mounted to five, owing to the three medals bagged by wrestlers.

Friday [August 5] was the day when Pakistan’s wrestlers – Zaman Anwar, Inam Butt and Inayatullah – won medals and brought happiness to the faces of Pakistanis.

Inayatullah won a Bronze medal for the country after outclassing his Scottish rival, Ross Connelly, in the Men’s Free Style 65 kg Wrestling event. He won the contest on the basis of technical superiority after three minutes and 59 seconds.

The third medal came from Pakistani wrestler Zaman Anwar, who secured Silver medal after the final of the Men’s Freestyle 125 kg event. He lost the match to Canada’s Amarveer Dhesi by 2-9 after an intense fight.

Earlier this week, Pakistani weightlifter Nooh Dastagir Butt won the gold medal for the country with a historic lift of 405kg – a Commonwealth record. Butt received a lot of praise from his country’s people including Prime Minister Shehbaz Sharif.

Pakistan’s first medal came from judoka Shah Hussain Shah who bagged the Bronze medal earlier this week. He outperformed his South African opponent in the 90kg category – his first ever 90kg event as he always played in the 100kg category.