Pak vs Ind: Why is Fakhar Zaman being praised over his dismissal? 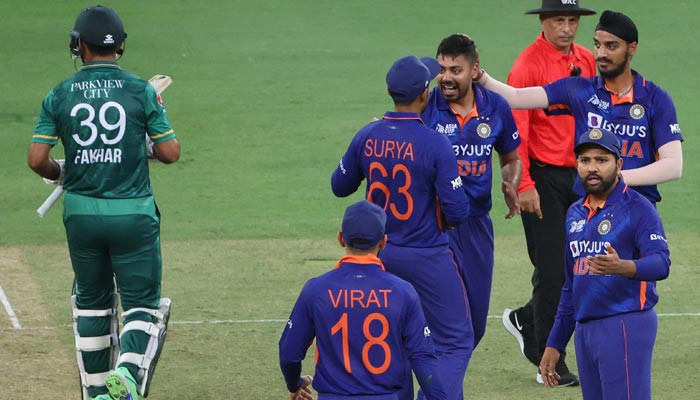 Pakistan batter Fakhar Zaman walked off from the crease before the umpire gave his decision. Interestingly, wicketkeeper Dinesh Karthik didn’t even appeal for the caught behind.

Twitterati said the batter showed true sportsman spirit after deciding to walk off after getting dismissed during Avesh Khan’s over in the high-octane T20 Asia Cup 2022 match against India in Dubai on Sunday.

Fakhar came in place of skipper Babar Azam and managed to hit a boundary on the first bowl. However, he was sent back to the pavilion after he managed to score only nine runs on six bowls.

Here is a glimpse of messages shared by fans lavishing praises on the batter:

However, some of them mocked him for leaving before the decision was officially announced.