Pak vs Ind: Why are Urwashi Ruteka pictures from today’s match circulating on Twitter? 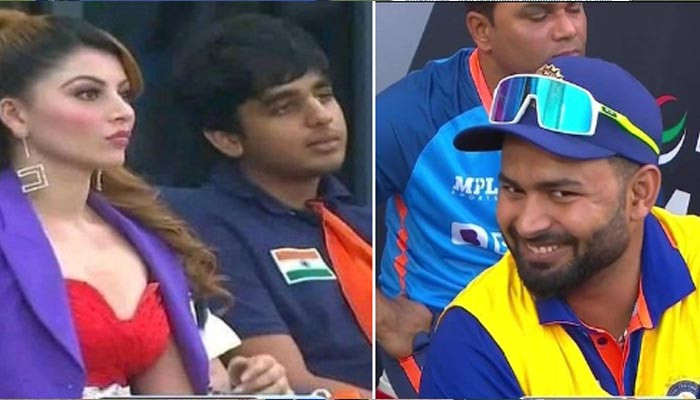 DUBAI: Cricket fans are glued to their TV screens as arch-rivals — Pakistan and India — clash in the second match of the T20 Asia Cup 2022.

While the fans are critically watching the performance of both teams, they are also noticing the surroundings and the tension in the stands.

During the first innings, fans spotted Bollywood actor Urvashi Rautela in the VIP box and started sharing memes on Twitter.

Urvashi has been in news for her statements related to Indian wicketkeeper Rishabh Pant who is rumoured to be a couple in the past.

The Bollywood actor had recently made a big statement on Pant saying he was desperate to meet her and called her many times to see her in person. Pant later took an indirect dig at her saying she should leave him alone.

Pant’s fans, who were already disappointed for him not being selected in the playing XI, lost their calm when they saw her in the stands.

Let’s take a look at some of the memes shared on Twitter after her picture went viral: