Pak vs Ind: Virat Kohli’s fans have to wait more for his century 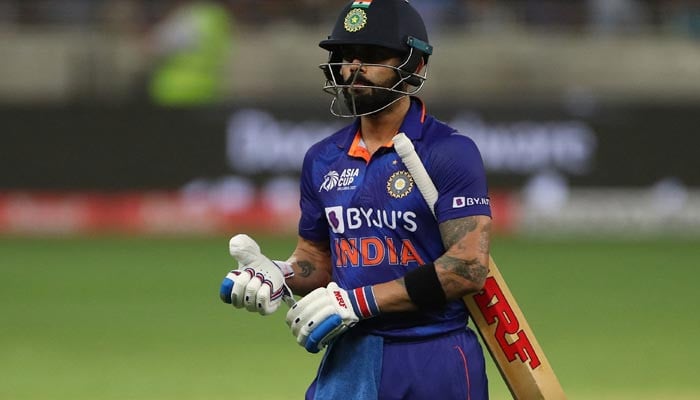 DUBAI: Indian batter Virat Kohli once again disappointed his fans after he failed to score a half-century in T20 Asia Cup 2022 clash against Pakistan — which is his 100th match.

Kohli last scored a half-century against West Indies during their home series in Kolkata in February 2022.

The star batter has been struggling with his form since then. He has played only 16 matches for India this year, out of which four were T20 matches.

While his fans are very supportive and wish for his success, they are also eagerly waiting for him to perform his magic with the bat.