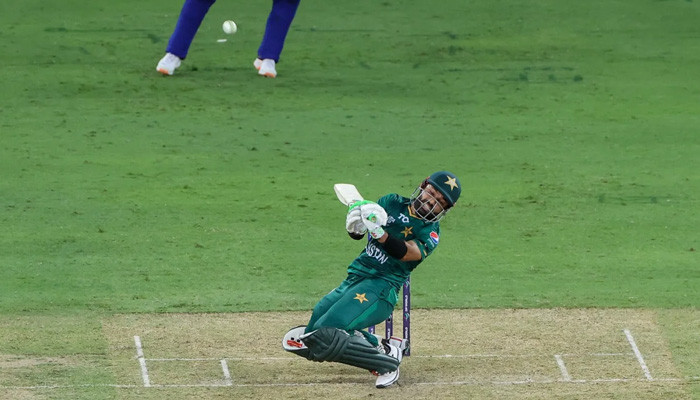 DUBAI: Former Pakistan captain Waqar Younis lashed out at the Pakistan cricket team after they were “exposed badly against short balls” in the Asia Cup 2022 match against India played at Dubai International Cricket Stadium on Sunday.

The Indian bowlers took the better of Pakistani batters who failed to play the short balls and lose wickets at regular intervals in the second match of the Asia Cup 2022 played at Dubai International Cricket Stadium on Sunday.

The top five Pakistani batters including Babar Azam, Mohammad Rizwan and Fakhar Zaman fall to short balls in the crucial match today, triggering a strong response from the former skipper.

“Pakistani batters are exposed badly against short balls. They really need to work on it,” Waqar Younis said, adding that Indian bowlers are taking control of the game smartly.

They haven’t given many chances to Pakistani batters, he added.

According to EspnCricinfo, that’s also the most India have taken with that length in a single T20I.

Earlier, Pakistan were put into bat first by India after they won the toss in the second match of the tournament.