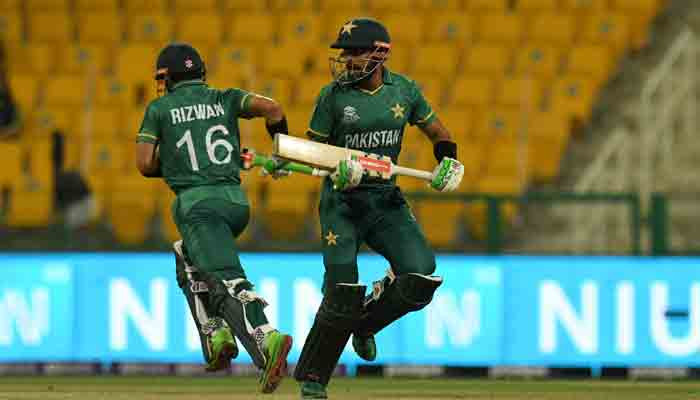 KARACHI: There is no bigger game in cricket than the clash between arch-rivals India and Pakistan, and one is due on Sunday (tomorrow).

The two neighbouring nations, with a bitter cricketing history, will lock horns in the Asia T20 Cup. Having being whipped by a whopping margin of ten wickets by the Green Shirts in the T20 World Cup game on October 24, 2021, last year in Dubai, India will be very cautious in the much-anticipated showpiece.

And indeed it would not be easy for India to dent Pakistan’s hopes. The Green Shirts, with strong T20 cricket credentials over the years, can repeat last year’s World Cup feat against India with their opening pair of Babar Azam and Mohammad Rizwan, who will be a real threat to the Indians.

With Babar having stamped his authority as the most reliable batsman in all three formats with enormous consistency, Rizwan is undoubtedly the most dangerous T20 player which the world has produced in recent years.

Having played together for quite some time while opening the innings in the T20 forma,t both know the art of handling any top attack with an enviable ease. With Babar elegant in his approach, Rizwan is brutal when it is his day. The contracting characters will be a real threat to India, which are hot favourites of the six-nation event.

If both bat for a few overs, they may take the game away from India. Besides being highly reliable, both also know each other and can put a lot of pressure on the Indians with their singles and twos which are at times needed in T20 cricket.

Irrespective of his fluctuating fortunes in the longer format, Rizwan always has shown a killer instinct in T20 cricket. And his recent stint with Sussex shows this.

Rizwan had a wonderful 2021, amassing 1,326 runs in 26 innings with 12 fifties and one century. He also scored the most runs in the format in a calendar year than any other batter to date.

And the Peshawar-born wicket-keeper batsman will look to build on his heroics from the previous match in the 2021 T20 World Cup.

After Rizwan, Babar was the second-highest run-scorer in T20 cricket in 2021. And he has not shown any signs of shifting gears at any stage, having ruled the world’s cricket for the previous two years or so.