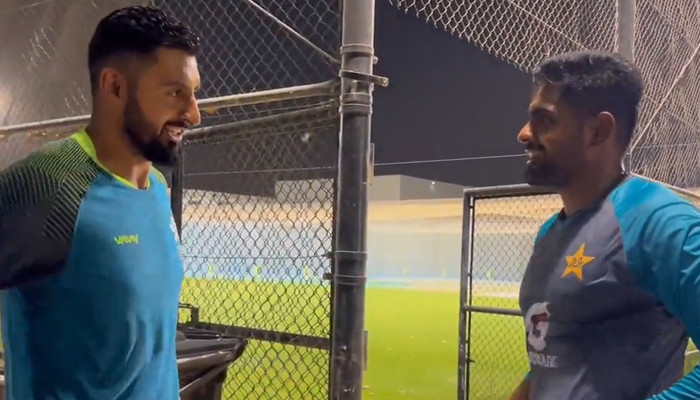 SHARJAH: Hong Kong captain Nizakat Khan has sought “tips” from his Pakistani counterpart, Babar Azam — whose footsteps he aspires to follow in.

In a video shared on the Pakistan Cricket Board’s (PCB) Twitter handle, the two skippers could be seen meeting and discussing things before their make-or-break match.

“Koi tip hame bhi do (give us some tips too),” Khan asked Babar, to which the Pakistani skipper responded: “Kya tips chahiye (what tips do you want from me)?”

During their conversation, Khan — who has his roots in Pakistan — praised Babar for his batting and was also seen trying out the Pakistani captain’s bat.

Babar will lead Pakistan against Hong Kong in the last group match of ACC T20 Asia Cup 2022 today in Sharjah, which will be the first match between the two teams in the shortest format.

Pakistan is confident of clinching a place in the Super 4 stage of the tournament by defeating Hong Kong, who were beaten by table-toppers India on Wednesday in Dubai.

Pakistan, too, was defeated by India in a nail-biter on Sunday.