Pak vs HK: Babar Azam fails once again, is he next in line after Virat Kohli? 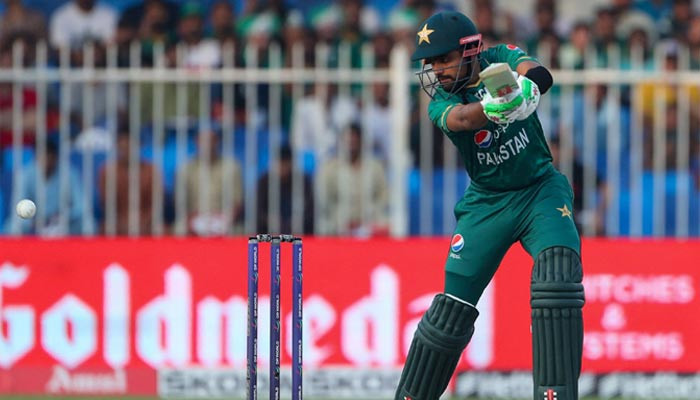 Pakistan skipper Babar Azam once again failed to score big in the ACC T20 Asia Cup as he was sent back to the pavilion in the third over.

Hong Kong won the toss and put Pakistan to bat first. Cricket fans had high hopes from the opening duo of Mohammad Rizwan and Azam — both star players created several records during the T20 World Cup 2021.

However, since the start of the Asia Cup, Babar — who is on top of the ODI and T20Is batter rankings — has failed to give the team a good start.

Hong Kong’s Ehsan Khan took one of the most important wickets for his team by sending Babar back to the dugout. Babar only managed to score nine runs in eight balls with the help of one-four.

In the last match against arch-rivals India, Babar only scored 15 runs. The question is whether the star batter is next in line after Indian great Virat Kohli in terms of declining performance.

For the last few months, Kohli has been struggling with his form and his fans are desperately waiting for his century.

After Babar’s dismal performance during the two matches of the Asia Cup, fans are concerned about his form too, as Pakistan will take on England immediately after the end of the ongoing cricket tournament.

Today’s match is a must-win for Pakistan must-win game in the Asia Cup at the Sharjah Cricket Stadium.

The match has become a knockout game for Pakistan if they wish to qualify for the Super 4s stage of the tournament.

This will be the last game of the group stage of the tournament. India, Afghanistan, and Sri Lanka have already qualified for the Super 4s.