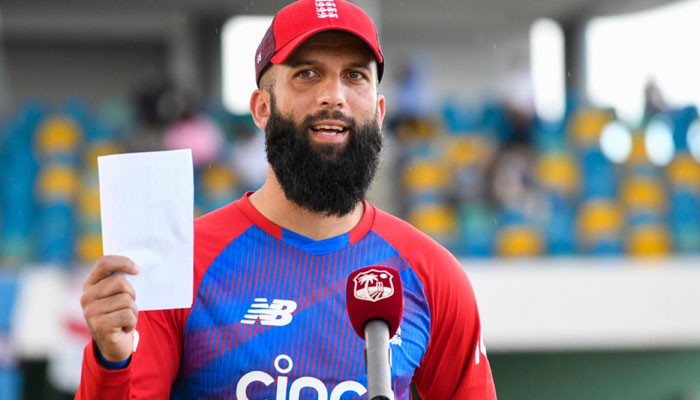 England cricketer Moeen Ali is likely to lead his side for the upcoming seven-match T20I series against Pakistan as skipper Joss Butler faces some fitness issues.

Buttler, the full‑time captain for England, is struggling to be fit for the start of the trip to Pakistan after a 17-year hiatus, The Guardian reported.

Ali is considered to be the favourite for captaincy in Buttler’s absence as he has led the team in four T20Is.

Meanwhile, Jonny Bairstow and Ben Stokes may also be advised to rest while Liam Livingstone’s participation in the series also hangs in the balance due to an ankle injury.

Moreover, the decision regarding Jason Roy — who suffered a flatlining run of form this year has also to be made

However, the final squad will be announced this week. Players including Phil Salt, Will Smeed, Will Jacks and possibly, Alex Hales are in contention to be added to the squad.

Pakistan will host England after almost a 17-year break. The matches to be played in Karachi are lined up from September 20-25 and September 28 to October 2 in Lahore.