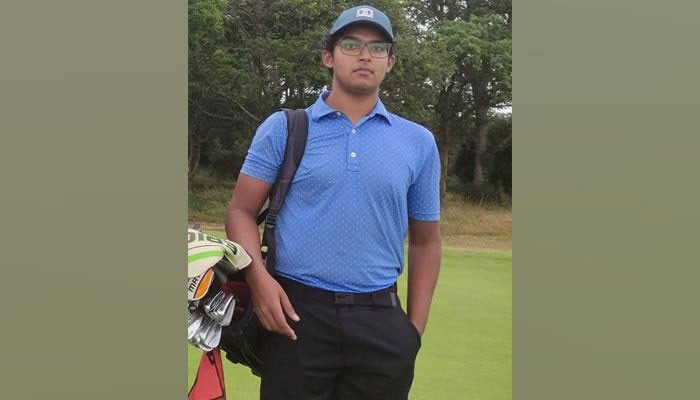 LAHORE: Pakistan No.1 Omar Khalid will be at the helm of a three-member national golf team which will participate in the prestigious World Amateur Team Golf Championships in Paris later this week.

Omar, 18, will be joined by Salman Jahangir and Yashal Shah in the Pakistani team for the World Team Championship where 72 nations will be competing for the Eisenhower Trophy.

The Pakistani team flew out of Lahore on August 28 reaching Paris late on Sunday.

The players took part in two practice rounds on Monday and Tuesday.

The four-day championship which will be played at the iconic Le Golf National (Albatros Course) and Le Golf de Saint-Nom-la-Bretèche (Red Course) from August 31 to September 3. France will be hosting the golf competitions of the Paris Olympics in 2024 at Le Golf National, which is regarded as one of the toughest courses in the world.

Conducted by the International Golf Federation (IGF), the World Amateur Team Championships are a biennial international amateur golf competition. The women compete for the Espirito Santo Trophy and the men compete for the Eisenhower Trophy. The Eisenhower Trophy men’s competition includes 72 teams, tying the record set in Turkey in 2010 and in Ireland in 2018.

Each team has two or three players, who each play 18 holes of stroke play over four days. In each round, the total of the two lowest scores from each team constitutes the team score for the round. The four-day (72-hole) total is the team’s score for the championship.

The competition was cancelled in 2020 due to the COVID-19 pandemic and was therefore last played at Carton House, Ireland in September 2018.

After hosting the Ryder Cup, the largest team golf competition for professional players, at Le Golf National in 2018, France was selected to host the 2022 WATC at the same course, along with co-host course, le Golf de Saint-Nom-la-Bretèche. France has already hosted two editions of the WATC – in 1994 at both Le Golf National and the Golf de la Boulie (men’s and women’s events) and in 1964 at the Golf de Saint-Germain (women’s inaugural event).