No butterflies in my stomach, will just pray tonight for strength to win medal: Shajjar Abbas 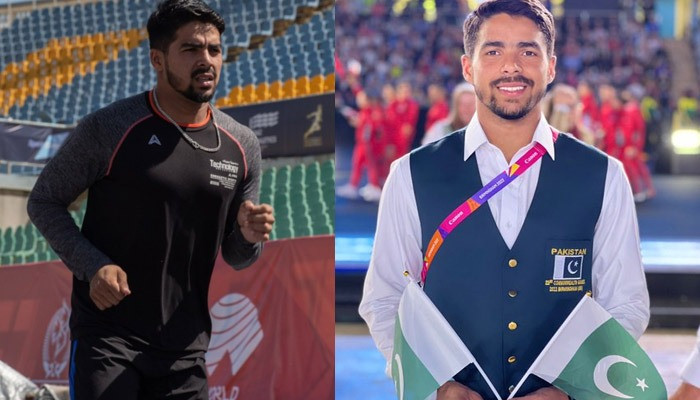 
KARACHI: Without a shadow of a doubt, Pakistan’s current fastest man Shajjar Abbas has set all the nervousness aside as his ambition is crystal clear — winning a medal for the Pakistani nation tomorrow in Commonwealth Games 2022.

(PST) tomorrow at the Alexander Stadium, Birmingham. While hundreds of Pakistanis will watch the game inside the stadium, millions will enjoy it on their TV screens, hoping for yet another medal for the country.

Speaking to Geo Super a night before the mega semi-final, Shajjar said he is just praying to get the strength to win a medal for Pakistan.

“Being an athlete, you have to be strong enough to control your emotions,” Shajjar said when asked about being nervous.

“I don’t have butterflies in my stomach. I am relaxed and fully focused. Tonight will just pray for strength to win medal tomorrow,” shared the 22-years-old sprinter who will compete in the first semi-final race.

Weightlifter Nooh Butt won the first gold for Pakistan in Commonwealth Games 2022 on Wednesday whereas Judoka Hussain Shah bagged bronze. Shajjar aims to follow in the footsteps of his compatriots.

“It was the best-ever feeling when I saw my flag on the top,” expressed Shajjar. “They both made us so proud. I hope and pray to follow them and do something for my country tomorrow,” said the Kasur-hailed athlete.

Credits for the coach and family

“I know people are watching us in Commonwealth Games. They have expectations from us. Their support and prayers will definitely help us shine in front of the world,” he signed off.