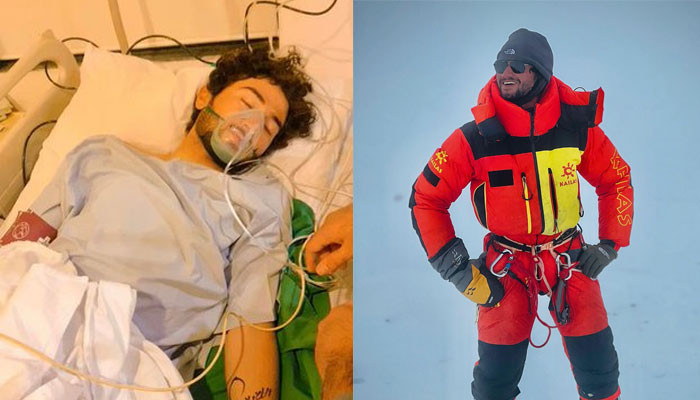 Pakistani mountaineer Shehroze Kashif, who recently became the youngest climber to have scaled 10 eight-thousanders, has undergone a spinal surgery for a fractured disc.

The mountaineer shared the news of his surgery on Twitter, saying that he was diagnosed with a torn L5-S1 disc which acts as a shock-absorber to protect the vertebrae during spine movements.

“I have climbed six mountains with a torn bone. Not only six peaks but [spent] a night fighting between life and death on the ‘killer mountain’ Nanga Parbat on my own […],” he wrote.

It may be recalled that the mountaineer had gone missing while ascending Nagna Parbat in July.

Kashif said that having such a serious medical condition couldn’t stop him from achieving his targets and he is “in high spirits” even after the surgery.

The 20-year-old aims to claim the title of world’s youngest mountaineer to summit the 14 highest mountains and make Pakistan proud.

“It never was and never will be easy to become a mountaineer. This sport requires the best of your mind and body which I am willing to give so Ican make my country proud and raise the green flag on the world’s 14 highest peaks,” he said.

The alpine hero surpassed Britain’s Adriana Brownlee’s record of being the youngest to scale 10 peaks of 8,000m when he reached atop 8080m world’s 11th tallest peak Gasherbrum-1 on August 12.