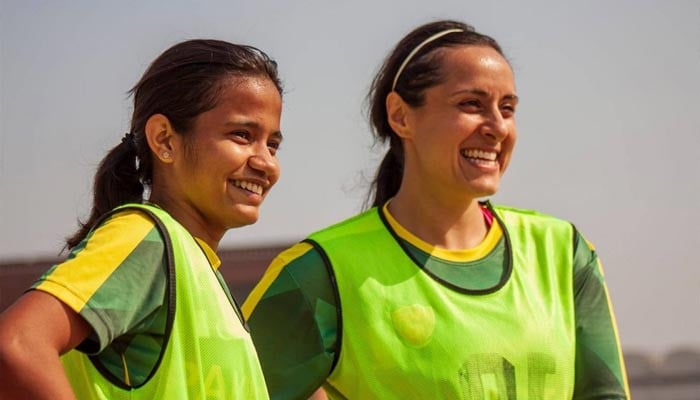 The goalkeeper turned mid-fielder grew up in the United States where she played football for the University of Denver before moving to the United Arab Emirates for higher studies. In the UAE she played for a local club.

She is one of two overseas players named in Pakistan’s squad for the SAFF Championship which is set to be played in Nepal from September 6. UK-based Doncaster Rovers’ Nadia Khan is also selected to represent Pakistan in the SAFF Women’s Cup.

Hajra Khan, who was the captain of Pakistan’s women’s side when it played its last international match in 2014, was replaced by Maria. Hajra is retained in the squad as a player.

Malika-e-Noor is named vice-captain of Maria. She was also a member of the 2014 squad that played Pakistan’s last game in senior women’s football.

The federation has also confirmed the 23-member squad for the SAFF Women Cup. The list of players was published by Geo on August 24.

Other than Hajra and Malika-e-Noor, Nisha Ashraf, Roshan Ali, Sahar Zaman, Mahpara Shahid and Zulfia Nazir — named in the 23-member squad for the SAFF Cup 2022 — were also part of the Pakistan women’s team in 2014.

Atika Nasir is also from the same batch. She attended the pre-tournament camp but did not play in the tournament that was held in Islamabad.

Pakistan women’s football team will leave for Nepal on Sunday.