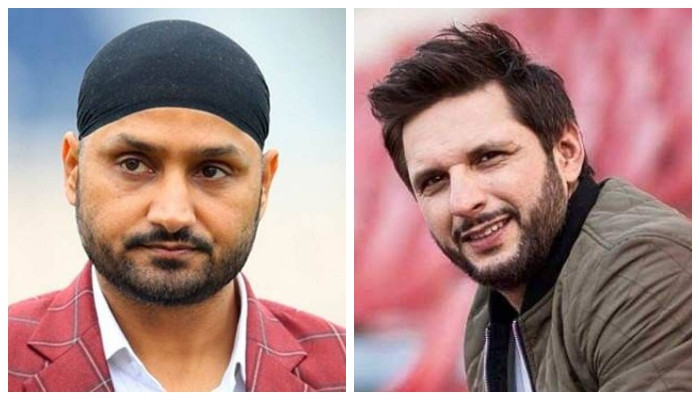 Harbhajan was censured on Twitter after his video of laughing at the comments of the former Pakistani captain went viral.

The former spinner said trolls “just want to have some fun” and were just trying to get a reaction out of him, adding that Gambhir is his “brother”.

“These people just want to have some fun, nothing else. Their job is to create issues in others’ work, so that I say something or react,” Harbhajan said while speaking to Sports Tak.

“I don’t have to clarify anything about how close Gautam and I are or how good our friendship is. These people want to make a big deal out of everything,” he said.

“So they can do what they want. I would just like to give one piece of advice — act human. You were born as humans, so be human, don’t act like animals,” he added.

“Because you talk about me laughing at Gautam, but do you know the context? Something fell on my feet so I was looking down to see and I saw that curd had fallen on my feet. But you don’t know that, you were just looking at my face,” the ex-spinner said.

What did Shahid Afridi say?

Pakistan’s ex-skipper — during an expert panel analysis that was aired on both Indian and Pakistani television channels — took a dig at former cricketer Gautam Gambhir.

“It’s not like I have had a fight with any of the Indian players. Yes, sometimes there are some arguments with Gautam Gambhir on social media,” Afridi said about his relationship with cricketers from India.

“And I think that Gautam is a sort of character who no one likes even in the Indian team.”

While one would expect silence from the India side, former spinner Harbhajan Singh also joined the banter and started laughing — drawing strong criticism from fans.