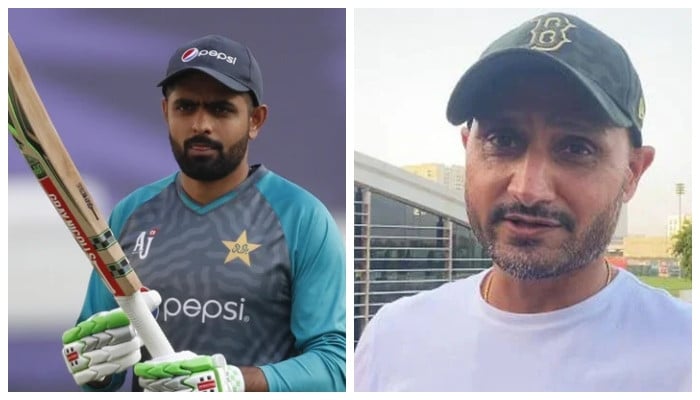 Former Indian cricketer Harbhajan Singh has revealed the secret behind Pakistani skipper Babar Azam’s success during a casual talk with media ahead of the hi-octane Pakistan vs India match scheduled to take place at 7pm in Dubai today (Sunday).

However, he said that Pakistan’s Mohammad Rizwan is a player who changes the game.

“Rizwan has a big hand to play in Babar’s success but no one mentions Rizwan,” he said.

He said that India’s batting has dominion over Pakistan’s batting despite absence of Jaspreet Bumrah and Muhammad Shami.

The clash between arch-rivals Pakistan and India in the T20 Asia Cup 2022 is all set to take place today (Sunday) at the Dubai Cricket Stadium in the United Arab Emirates (UAE) at 7pm PST.

Both teams are well prepared for the major cricket event. Pakistan has finalised its playing eleven but the names of the team will be revealed before the toss.