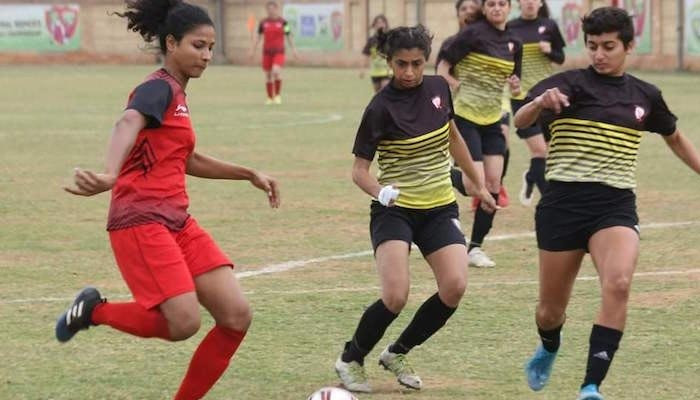 KARACHI: The coaching staff of the Pakistan women’s football team has decided to retain at least seven members from the team that last played an international match for Pakistan in 2014 in the squad for the upcoming South Asian Football Federation (SAFF) Women Cup.

Reliable sources have confirmed that the Pakistan Football Federation (PFF) has already finalised the list of 23 players, which also includes two overseas players, for the SAFF Women Cup that is scheduled to commence in Nepal on September 6.

Sources privy to matter have confirmed that Hajra Khan, Malika-e-Noor, Nisha Ashraf, Roshan Ali, Sahar Zaman, Mahpara Shahid and Zulfia Nazir are included in the 23-member squad finalised for the tournament — they were also the part of Pakistan women team that played last international game in 2014.

Maliha Nasir, Mishal Akram and Rameen Fareed who have previously played age-group tournaments for the country are also named in Pakistan’s senior squad while Atika Nasir — who was invited for the initial camp in 2014 is also among the players picked by the coaching staff for the upcoming series.

UAE-based Maria Khan and UK-based Nadia Khan will also represent Pakistan in the next month’s tournament.

PFF had earlier announced 35 players for the training camp in Lahore and after two weeks, the camp was curtailed to 25 players.

PFF has not decided yet on who will wear the captain’s band in the tournament. In the last tournament, the team was led by Hajra Khan. However, Maria — UAE based footballer — has also impressed the officials during the camp in Lahore.

The PFF had last week announced Adeel Rizki as head coach for the women’s team while Waleed Javed was named his assistant and Ehsanullah was named goal keeping coach.