Commonwealth Games: Fahad Khawaja cruises into table tennis next round of 32 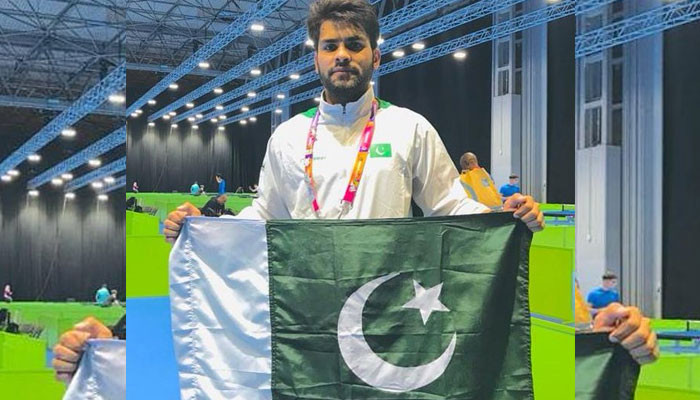 
Pakistan’s Fahad Khawaja has won the last group match in the men’s table tennis competitions of the ongoing Commonwealth Games 2022 in Birmingham.

Fahad Khawaja, who is currently world 719, has qualified for the round of 32 of men’s singles.

In the final group match, Fahad Khawaja defeated Darren Douglas of Trinidad and Tobago. He has qualified for the round of 32 by winning all three preliminary matches in Group 15.

Earlier, Fahad Khawaja defeated Guyana’s Christopher Franklin 0-4 in the first match of Group 15. While in the second match, he trounced Bangladesh’s Mohtasin Ahmed 1-4.

Khawaja will play England’s world number 74 Paul Drinkhall in round of 32 of Table Tennis, men’s singles, at 4:35pm PKT on Friday.