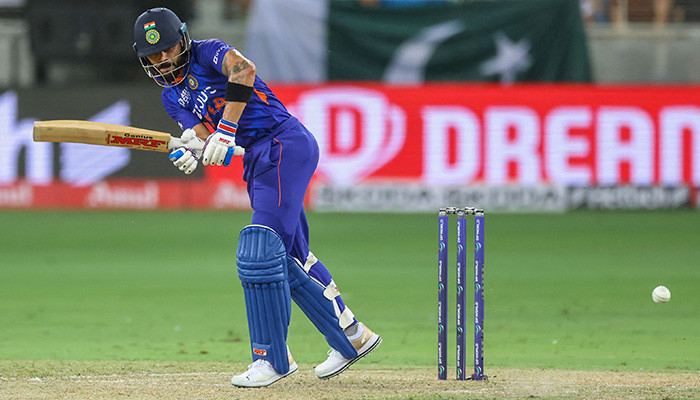 “A couple of things that I saw which I liked and something that I have not seen him do much before. If you remember he played three pulls in that innings,” the commentator told Sports18.

“There was one hook that went for six, but there were a couple of pull shots that he played and those are the things that I look for you know as an analyst,” he said.

Manjrekar said that this is what excites him — that Kohli is trying to do something different.

“Just getting a little bit technical, before the ball was delivered. On two occasions, he actually had a trigger movement where he went back in the crease, which meant that I think finally somebody’s got to him where he is now exploring the back foot play a little more,” he said.

The commentator said he saw the same thing happen with the former skipper, but mostly on the front foot.

Chasing 148 for victory, India defeated Pakistan by five wickets in a last-over T20 thriller in the Asia Cup on Sunday at the Dubai Cricket Stadium in the United Arab Emirates (UAE).

Hardik Pandya starred with bat and ball. Ravindra Jadeja, who hit 35, and Pandya, unbeaten on 33, put on a key fifth-wicket stand of 52 as India achieved the target with two balls to spare.

Kohli also played a notable inning as he managed to score 35 runs off 34 balls, with the help of three 4s and one 6.

The Men In Blue will next face Hong Kong this Wednesday.