Asia Cup 2022: Those who play together, pray together 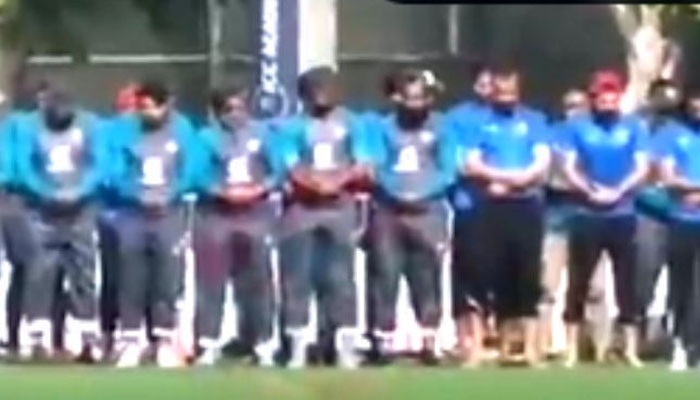 Pakistan and other teams part of the upcoming major cricket event T20 Asia Cup 2022 are currently practicing for the tournament at the International Cricket Council’s (ICC) Cricket Academy in Dubai.

Amid the excitement shared by cricket fans across social media platforms, an adorable video went viral where the teams of Pakistan and Afghanistan were seen praying together during a training session.

Fans on social media called it “the most beautiful video on internet”.

It is pertinent to mention here that the Green Shirts will launch their Asia Cup campaign on August 28 by taking on traditional rivals India at the Dubai International Stadium.

Meanwhile, Afghanistan will face off against hosts Sri Lanka in the inaugural clash of the event on Saturday.