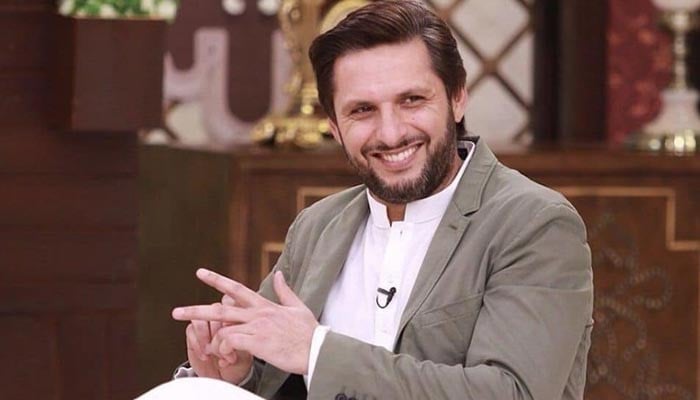 While India and Pakistan matches are intense on the field, even a small comment that is not welcomed by fans can spark outrage on social media.

In the latest incident, it is Pakistan ex-skipper Shahid Afridi whose comments are being severely criticised in India.

Pakistan’s ex-skipper — during an expert panel analysis that was aired on both Indian and Pakistani television channels — took a dig at former cricketer Gautam Gambhir.

“It’s not like I have had a fight with any of the Indian players. Yes, sometimes there are some arguments with Gautam Gambhir on social media,” Afridi said about his relationship with cricketers from India.

“And I think that Gautam is a sort of character who no one likes even in the Indian team.”

While one would expect silence from the India side, former spinner Harbhajan Singh also joined the banter and started laughing — drawing strong criticism from fans.

There were several other comments from Indian fans expressing anger over the incident.

Before the comments, India and Pakistan clashed on Sunday at the Dubai Cricket Stadium in the United Arab Emirates (UAE) during their Asia Cup opener.

Hardik Pandya starred with bat and ball to lead India to a five-wicket win over Pakistan in a last-over T20 thriller.

Chasing 148 for victory, Ravindra Jadeja, who hit 35, and Pandya, unbeaten on 33, put on a key fifth-wicket stand of 52 as India achieved the target with two balls to spare.

Pace bowlers Bhuvneshwar Kumar and Pandya shared seven wickets to set up victory for India in their opening match as they bowled out Pakistan for 147.

Pandya, who returned figures of 3-25 with his medium-pace bowling, then stood calm to hit the winning six in a tense chase in the six-nation tournament which acts as a tune-up for the T20 World Cup in October-November in Australia.