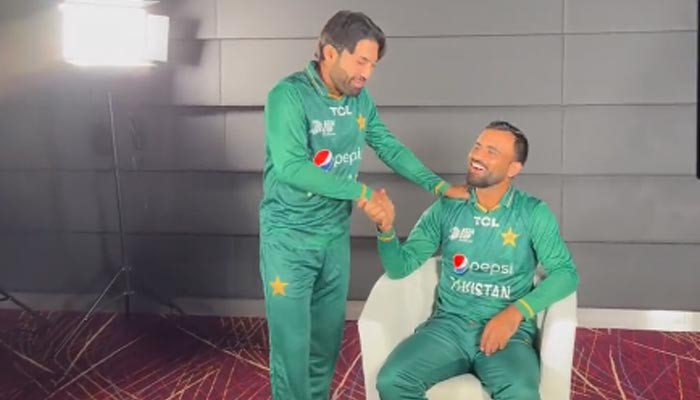 With the T20I Asia Cup 2022 around the corner, the Pakistani squad gathered for their broadcast photoshoot in Dubai.

The video shows the Pakistani stars having fun with each other and also playing the ping pong cup game during the photoshoot.

The video was uploaded by the Pakistan Cricket Board (PCB) on Twitter.

“The boys were at their candid best at the broadcast photoshoot for the #AsiaCup2022,” the video was captioned.

During the shoot, the playing kit of the national team was also revealed.

The squad arrived in the UAE to participate in the event starting August 27.

Pakistan will play their first match on Sunday against arch-rivals India in Dubai.

The team had a training session on Wednesday at the ICC Academy where they also interacted with the Indian players.

The handshake of Babar Azam and Virat Kohli ahead of their clash is the talk of the town since then.