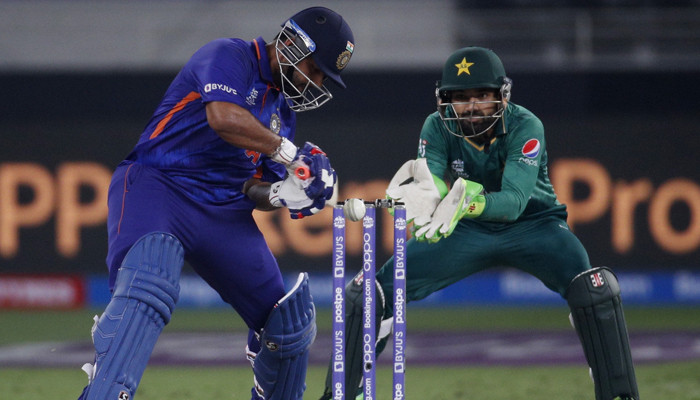 In conversation with journalists ahead of the event, Mushtaq said the clash should be considered a regular cricketing event as both countries’ fans love cricket and it is their right to support their respective teams.

“I think both countries’ players would make every possible effort to put in their best effort in the Asia Cup. As you must have seen the other day, both countries were seen exchanging views, getting together and having a good time here.”

On weather conditions that are extremely hot in Dubai, Mushtaq said all players are professionals and need to adjust accordingly, The News reported.

“If you are a professional sportsman, you have to adjust to conditions. Admittedly that we have arrived here from Holland where we experienced pleasant weather.”

“Here it is hot but no player is feeling any discomfort. Every player is making his best effort in training and net practice. I think you would see the best cricket during the Asia Cup as all teams are putting up efforts to prepare well. Besides weather, players should be ready to adjust themselves from red ball to white ball cricket and they feel no hesitation in that as they are consistently playing cricket at all levels. Playing day or night cricket should not be any problem for these professionals.”

He tried to play down Shaheen Shah Afridi’s absence from the Asia Cup, saying that he has got full faith in the available pace battery that has lived up to expectations in the recent past.

Mushtaq spoke highly of his pace battery and stated the team has the best pacers.

“The available pace attack — that includes Naseem Shah, Haris Rauf, Wasim Junior and Mohammad Hasnain — is equally good. Shaheen’s injury is part of the game and I believe we have enough strength in pace bowling that can win us the matches.”

The national team head coach said all these bowlers have proved themselves and are in their form.

“They have proved their worth in the recent past. Hasnain is coming out of competitive cricket and has performed outstandingly in The Hundred in England. Others remained busy with international cricket. So, we are having a solid pace attack to give us a comfortable position against any team.

“Unfortunately, we are missing Shaheen, but that is part of professional sports.”

On Umer Rashid’s inclusion as an assistant bowling coach, he said over the years all support staff worked together.

“He would help us in the gym training and the High-Performance Centre staff always makes the difference because of their better understanding of players.”