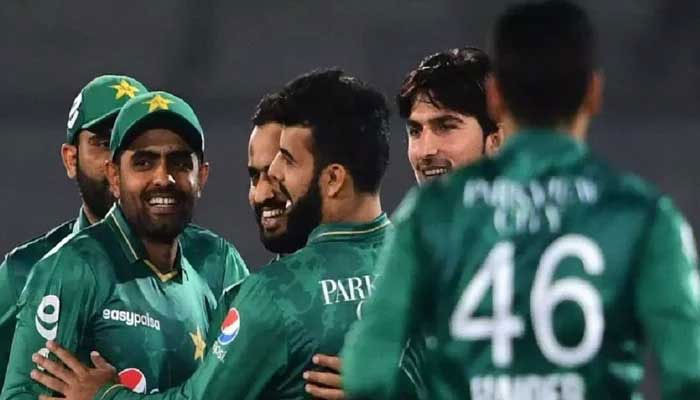 No change in the Pakistan squad is likely for the do-or-die Asia Cup 2022 match against Hong Kong today (Friday) as the side eyes claiming a convincing win to secure a place in the Super Four stage of the tournament, The News reported.

With talks of possible inclusion of Hassan Ali in one of the pacers’ stead, the team management in consultation with captain Babar Azam decided to keep the combination that played the opening match against India, unchanged.

“Until all the players, especially pacers are fit and ready, no change will be made in the team that played against India. It was a close match that could have gone either way, as picking the winner and loser was almost impossible till the winning hit was struck by Hardik. So making unnecessary changes in the team will not be a wise move. We can only make a change at the eleventh hour if we feel that any player is not one hundred percent,” one of the coaching staff members said.

He added that all, including Naseem Shah and Haris Rauf, were declared fit and ready.

“Both had an extensive net practice on Wednesday, a couple of days ahead of the start of the match. They are ready to go all out against Hong Kong Friday in the do-or-die match. We hope that they will stay fit and ready for the match against Hong Kong.”

Though ranked No 3 in the world, Pakistan starts favourites against ranked 20 Hong Kong. The East Asian country surprised even UAE (ranked 13) on their way to qualifying for the Asia Cup.

“You cannot write off any team especially in modern-day cricket and amid the growing T20 trend. On any given day even one man can make a difference. So you have been on your toes even when you are playing against the minnows or newcomers. Hong Kong revealed their credentials to good effect against India, coming close in a run chase. Though the team lacked experience playing against good teams, they have some exciting players in their lineup.”

Hong Kong’s batting lineup showed glimpses of brilliance with Babar Hayat and Zeeshan Ali exhibiting their prowess in power-hitting. It was their inexperienced bowling attack that let them down, leaking runs in clusters at the fag-end of Indian innings. Pakistan’s batting line-up has good chances of coming back to form against an attack that lacked experience and firepower.

The official hoped that following a close loss in the Asia Cup opener against India on Sunday, Pakistan will be at their best against Hong Kong in their last and crucial pool match.

“You have no other option but to go all out and snatch a win. A convincing victory would do a world of good going into the Super Stage, and a possible showdown against arch-rivals India on Sunday. What Pakistan requires is a convincing win and we will make sure we achieve that.”