Asia Cup 2022: How did Hardik Pandya lead India to victory against Pakistan? 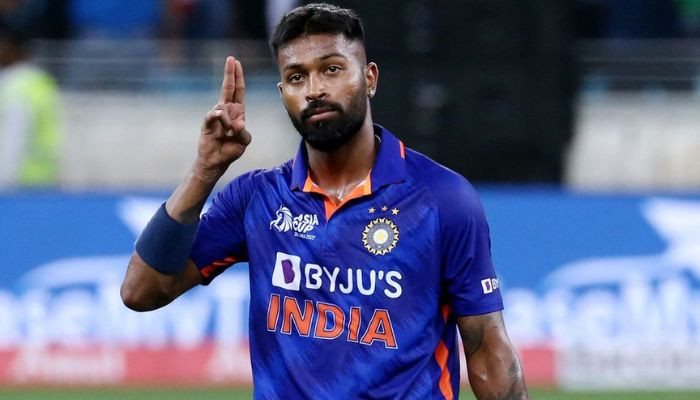 DUBAI: Hardik Pandya’s talent was never in doubt. The India all-rounder has now combined a calm mind with an uncluttered approach to emerging as a serious match-winner as he demonstrated in Sunday’s Asia Cup thriller against Pakistan.

Emotions run high whenever India and Pakistan clash in a cricket match and many a player has buckled under the pressure that accompanies these contests between the arch-rivals.

Pandya appeared cut from a different cloth though as he defied the mounting pressure in the closing stages of India’s daring chase and secured victory with a nonchalant six with two balls to spare.

The same calmness was evident in his muted celebration when he just did a fist bump with batting partner Dinesh Karthik, who bowed before Pandya.

Pandya’s 3-25 with the ball and 33 not out off 17 deliveries made him an obvious choice for the man-of-the-match award.

“In all these years I’ve understood that if I stay as calm as possible, it’s going to help me to execute all my plans,” the 28-year-old said after collecting the prize.

Needing 21 runs from 12 balls, India looked in trouble but Pandya hit three boundaries in the penultimate over from Haris Rauf to ease the pressure.

Spinner Mohammad Nawaz dismissed Ravindra Jadeja with the first ball of the final over but Pandya flat-batted the fourth delivery over long-on to give India a winning start to their title defence.

Pandya said he was clear about how to accomplish the chase and knew the pressure was heavier on the bowler at that stage.

“The (target in) last over was seven runs, but even if it was 15, I’d have fancied my chances,” Pandya said.

“I know it’s (a matter of) one six, and I feel the bowler is much more under pressure bowling to me in 20th over.”