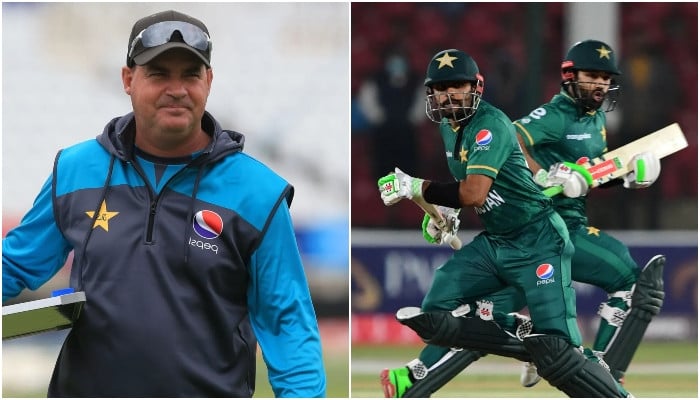 Former Pakistan head coach Mickey Arthur is not satisfied with skipper Babar Azam and Mohammad Rizwan’s opening the match in the T20 format after the team lost against India in the first Asia Cup matches for the sides on Sunday.

While speaking to ESPNcricinfo after the match, Arthur agreed with former Indian player Robin Uthappa and said that the team needs to change their strategy while batting first in T20 matches.

Uthappa said that the Pakistan team revolves around Babar Azam, Mohammad Rizwan and Shaheen Shah Afridi. He said that the Men in Green have a plan when they have to bat in the second innings but they seemed to be “shooting in the dark” while batting first.

The comments came after India won the thriller by five wickets in the last over, thanks to Hardik Pandya’s six off Mohammad Nawaz.

Pakistan were put into bat first by Indian skipper Rohit Sharma after he won the toss and the decision paid off as the top order of Pakistan failed to live up to expectations and fell cheaply to short balls, putting pressure on the middle order.

“I think they should [separate Babar and Rizwan]. Fakhar hits the ball in different areas, it frustrates the bowlers a little bit,” Arthur told the website.

“It is the different angles, you’ve got a left-hand and a right-hand. So, spread Babar and Rizwan and you put Fakhar Zaman back at the top.”

Arthur shared that in terms of blueprint, when he was with Pakistan, they used to set themselves to get 160 batting first and then rely on their bowlers to squeeze.

“We used to build as best we can, and that was quite a good recipe for us. The difference between that team and the team now is that in the middle, we had Mohammad Hafeez and Shoaib Malik.

“In the middle now, they are a very young outfit, they don’t have much experience, and when you get them three wickets down early, I think they are going to struggle.”

Pakistan will play their second match on September 2 against Hong Kong and may have a second clash against India next Sunday.