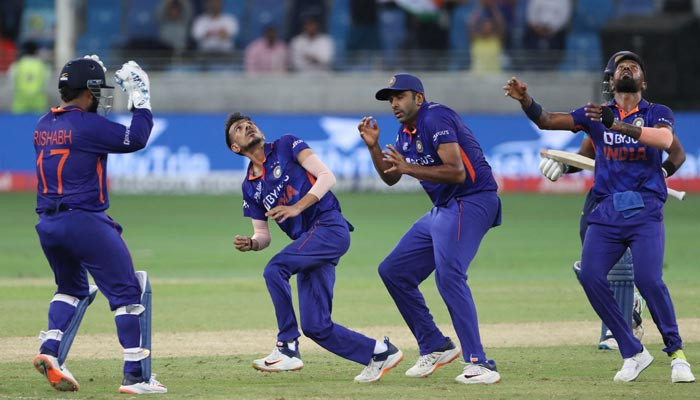 KARACHI: Sri Lanka’s six-wicket win over India in the Super Four stage of Asia Cup on Tuesday has confirmed that there won’t be another Pakistan vs India game in Asia Cup 2022.

Arch-rivals Pakistan and India have met twice in this tournament in the UAE with both winning one match each and fans were hoping for them to meet again in the final on September 11, but it is not happening anymore.

India’s two defeats in two games confirmed that there is no chance of a Pakistan vs India final, though India’s hopes are still alive — though depending on too much of ifs and buts. Also, Sri Lanka’s position in the final is not confirmed.

What does India want?

India has lost to Pakistan and Sri Lanka and has one game remaining — against Afghanistan on September 8. India’s hope relies on the results of Pakistan’s matches.

If wishes were to come true, then the situation will see Pakistan, India and Afghanistan tied on two points apiece and the net run rate will come into account to determine who will play Sri Lanka in the final on the 11th.

Is Sri Lanka confirmed in final?

No, despite two wins from two games, Sri Lanka is not guaranteed a place in the final. Imagine, if Afghanistan beats Pakistan and India and Pakistan beats Sri Lanka — then it will have three teams tied with four points apiece and two teams with better net run rates will play the final.