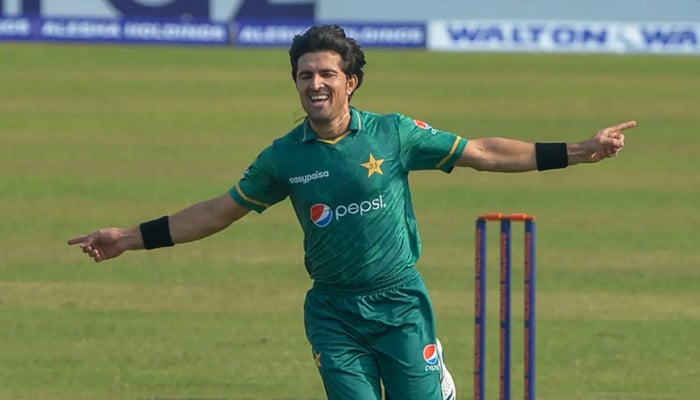 DUBAI: The Pakistan Cricket Board (PCB) is on its toes with bowler Mohammad Wasim Jr’s complaint of back pain after a bowling session coming in just a few days after pace ace Shaheen Afridi was benched due to a knee injury ahead of Asia Cup 2022.

As the rest of the team gets ready for its crucial opening encounter set for Sunday, August 28, against India in Asia Cup 2022, the board management decided Wasim should get an MRI scan. The report is expected to be in by today (Friday) evening.

Sources said a decision on whether Wasim will play in the Asia Cup will be taken based on the report.

The team management is hopeful that the pacer’s back pain will not exacerbate and the immediate MRI was just a precaution, the sources added.

Wasim’s back ache comes after Shaheen was ruled out of Asia Cup as he suffered a knee injury during the Test series against Sri Lanka in July.

Although Shaheen will not be playing in the tournament, he is still on the trip with the team. He is undergoing rehabilitation.

After the match against India, Pakistan’s second Group A fixture will be against a qualifier (UAE, Kuwait, Singapore or Hong Kong) in Sharjah on Friday, 2 September. The Super Four matches will be played from 3-9 September.