SUKKUR: Umme Rubab Chandio, daughter of Mukhtiar Chandio who was one of the two slain sons of Rais Karamullah, is still awaiting justice in the heinous murder of her family that occurred in the village of Mehar, Sindh on Jan 17, 2018, ARY News reported.

Umm-e-Rubab is pursuing the case of her slain family members by herself.

The case was highlighted last year when a video of a barefooted Umm-e-Rubab walking out from the court went viral on social media.

Speaking exclusively to ARY News today, Rubab once again accused the Sindh government of protecting the killers of her father and other family members.

“The murderers of my family members were still enjoying police protection due to political influence,” she said and vowed to continue her fight for the justice even if it takes 10 years.

The bereaved family, which was politically associated with the Pakistan Peoples Party, believed that the attack was carried out at the behest of Nawab Sardar Chandio, who was the chieftain of his tribe in Mehar, and his younger brother, Nawab Burhan Chandio, the then aide to the Sindh chief minister. 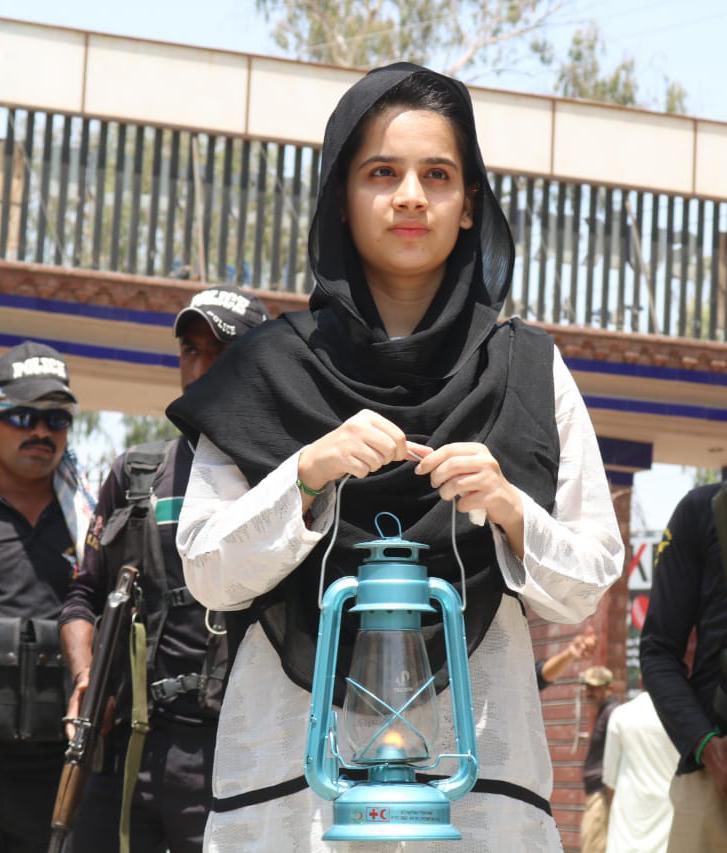 On the complaint of Pervaiz Chandio, another son of late Karamullah Chandio, an FIR was registered against the two brothers along with five other suspects, identified as Ali Gohar, Sattar, Sikandar, Murtaza, and Zulfiqar.

On September 17, a bench of the Supreme Court had ordered the police to arrest absconding accused in Mehar triple murder case within a week.