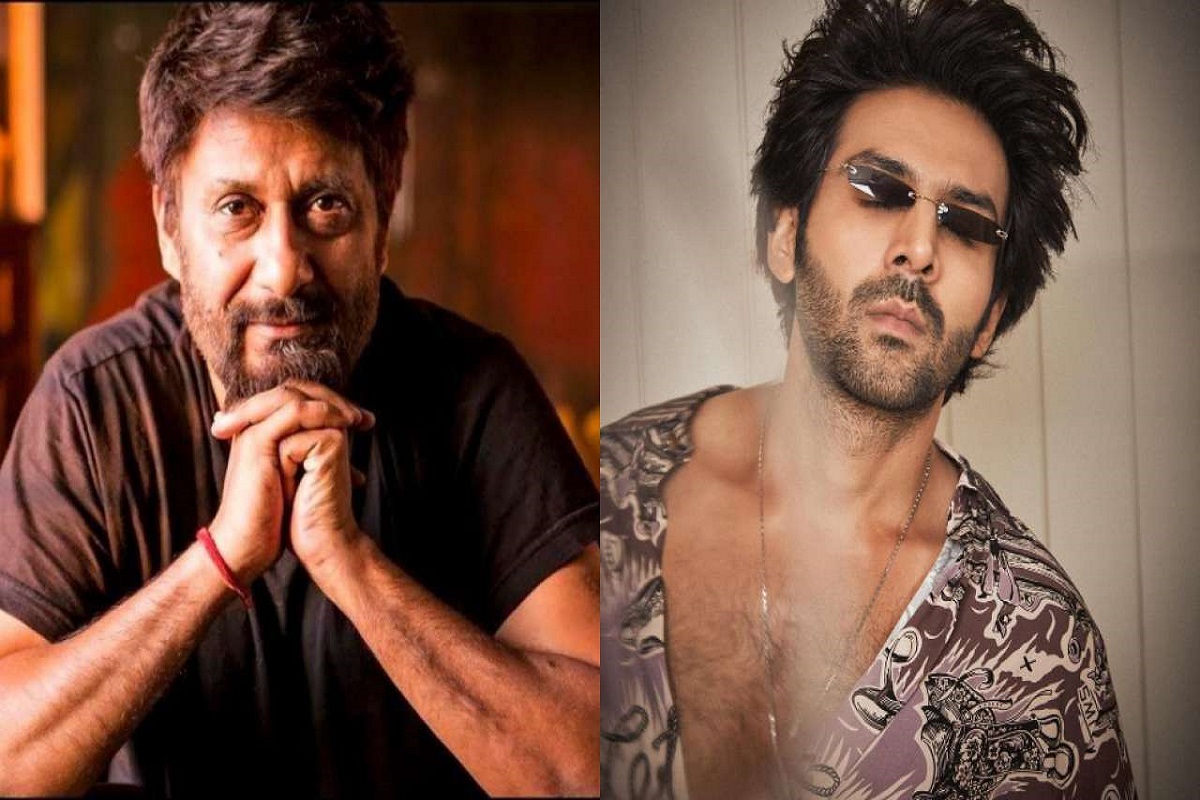 In response to their images, fans expressed excitement for “something enormous” to appear on screen.

Actor Kartik Aaryan and director Vivek Agnihotri were described as “small town, middle class outsiders” who succeeded “on their own.”

On Thursday, Vivek posted images with Kartik on Instagram. Kartik donned a white T-shirt under a shirt in the photos, while Vivek wore a black T-shirt.

Vivek and Kartik grinned for a selfie in the first picture. As they posed for the following picture, they both gave the victory sign.

Sharing the pictures, Vivek wrote, “Two small town, middle-class, outsiders from Gwalior who made it on their own terms. If you are a young Indian, be inspired by a down-to-earth, rooted and exceptionally talented @kartikaaryan.”

Reacting to the post a fan wrote, “Next picture main cast karlo Kartik ko (Cast Kartik in the next film)!!” A person also said, “Need this duo for the next film.” Another person said, “I hope something big happens haha. Hope to see him in your movies.” A comment also read, “Two blockbuster superstars in one frame.” Another fan commented, “Most successful filmmaker and most successful filmstar of 2022.” A fan wrote, “Expecting something big on screen.” A person also asked, “Delhi Files?”

Earlier this year, Vivek announced his next movie, The Delhi Files. Sharing a photo of himself on Twitter, Vivek wrote, “I thank all the people who owned #TheKashmirFiles. For last 4 yrs we worked very hard with utmost honesty & sincerity. I may have spammed your TL (timeline) but it’s important to make people aware of the GENOCIDE and injustice done to Kashmiri Hindus. It’s time for me to work on a new film.” In a follow-up tweet, he wrote, “#TheDelhiFiles.”

His most recent film, The Kashmir Files, became one of India’s most popular post-pandemic releases.

The film, which was released on March 11, is based on the 1990s flight of Kashmiri Pandits from the Kashmir Valley.

Anupam Kher, Pallavi Joshi, Mithun Chakraborty, and Darshan Kumaar all appeared in the film. In theaters, it brought in more than 330 crore.

Anupam Kher opens up on South vs Bollywood films debate

Anupam Kher is enjoying the success of his most recent Telugu film,…

Kartik’s most recent film, Bhool Bhulaiyaa 2, earned more than 200 crore at the global box office. He will also appear with Kriti Sanon in Rohit Dhawan’s Shehzada.

The movie is slated to hit theaters on February 10, 2023. Along with Kiara Advani, he also has Satya Prem Ki Katha by Sajid Nadiadwala.

Additionally, Kartik will appear in Freddy alongside Alaya F. Additionally, he is developing Captain India by Hansal Mehta.