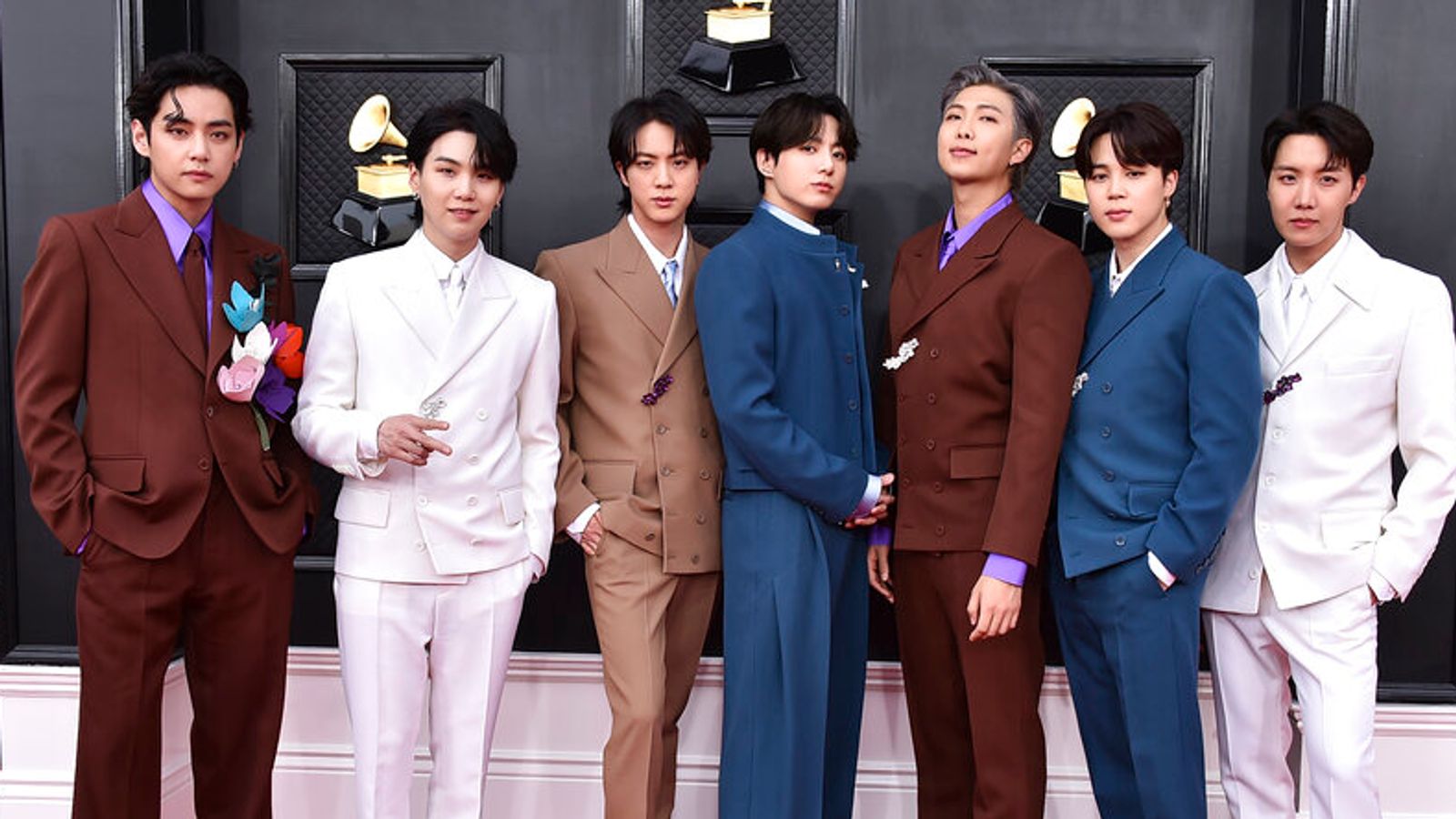 The band have long made headlines over the issue as by law, all able-bodied men aged between 18 and 28 in the country must serve in the military for almost two years as part of its defences against North Korea.

In 2020, South Korea‘s parliament passed a bill to allow global K-pop stars such as BTS to delay the upper age bracket for national service to 30.

Jin, the oldest member of the band, turns 30 in December and now faces enlistment.

Defence minister Lee Jong-sup has ordered officials to examine whether a public survey is needed to help make the decision.

Various other factors such as BTS’s economic impact, the importance of military service and overall national interest will also be investigated by the ministry, Mr Lee said.

South Korea’s conscription system already allows exemptions for athletes, classical and traditional musicians, and ballet and other dancers who win top places in certain competitions, as they are considered to have enhanced national prestige.

Calls have been made by fans and even some politicians for the scope to include K-pop stars such as BTS, as they have also significantly boosted the country’s profile internationally.

Formed in 2010, with their debut single released in 2013, BTS are the biggest-selling music act in South Korean history and have won global recognition for their self-produced music and activism.

In May, they met US President Joe Biden at the White House to discuss Asian inclusion and representation and to address hate crime against Asian people.

They have also won a host of awards and been nominated at ceremonies including the Brit Awards in the UK and the Grammys in the US, and in 2021 were named global recording artist of the year by the International Federation of the Phonographic Industry – becoming the first act to win the award for two consecutive years.

In 2019, they made history as the first Korean group to play Wembley Stadium, with their first night selling out in 90 minutes.

BTS announced in June that they were taking time to explore solo projects but said they were not on hiatus.