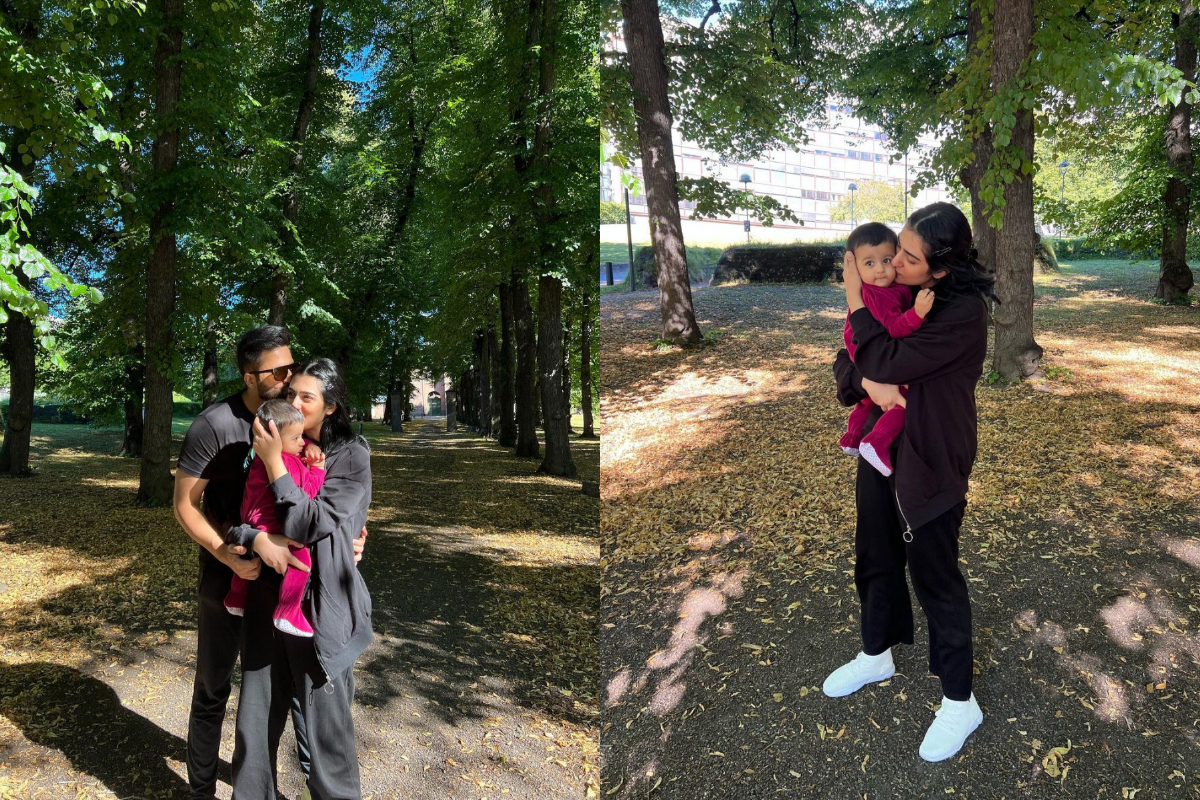 Sarah Khan’s stunning sense of style has always drawn attention to her ultra-chic fashion statements, and this time was no exception.

Earlier, Sarah shared her vacation diaries on Instagram as she enjoyed her summer vacation in Paris. She shared photos with captions, “Good morning.”

The pictures are being liked by fans and have more than 289,327 likes this far. She is one of those actresses who has always elicited a favorable and optimistic response from the audience.

Sarah Khan also known as Sarah Falak, is a Pakistani actress who has appeared in a number of Urdu-language television shows. Sarah’s portrayal as headstrong antagonist Miraal in Sabaat established Khan as a leading actress in the Pakistani entertainment industry.

On the work front, Sarah Khan has been lauded for her performance in the drama serial Hum Tum. The drama serial has been written by Saima Akram Chaudhry and is directed by Danish Nawaz.

Photos: Sarah Khan and Falak with their adorable daughter at the Opera Paris