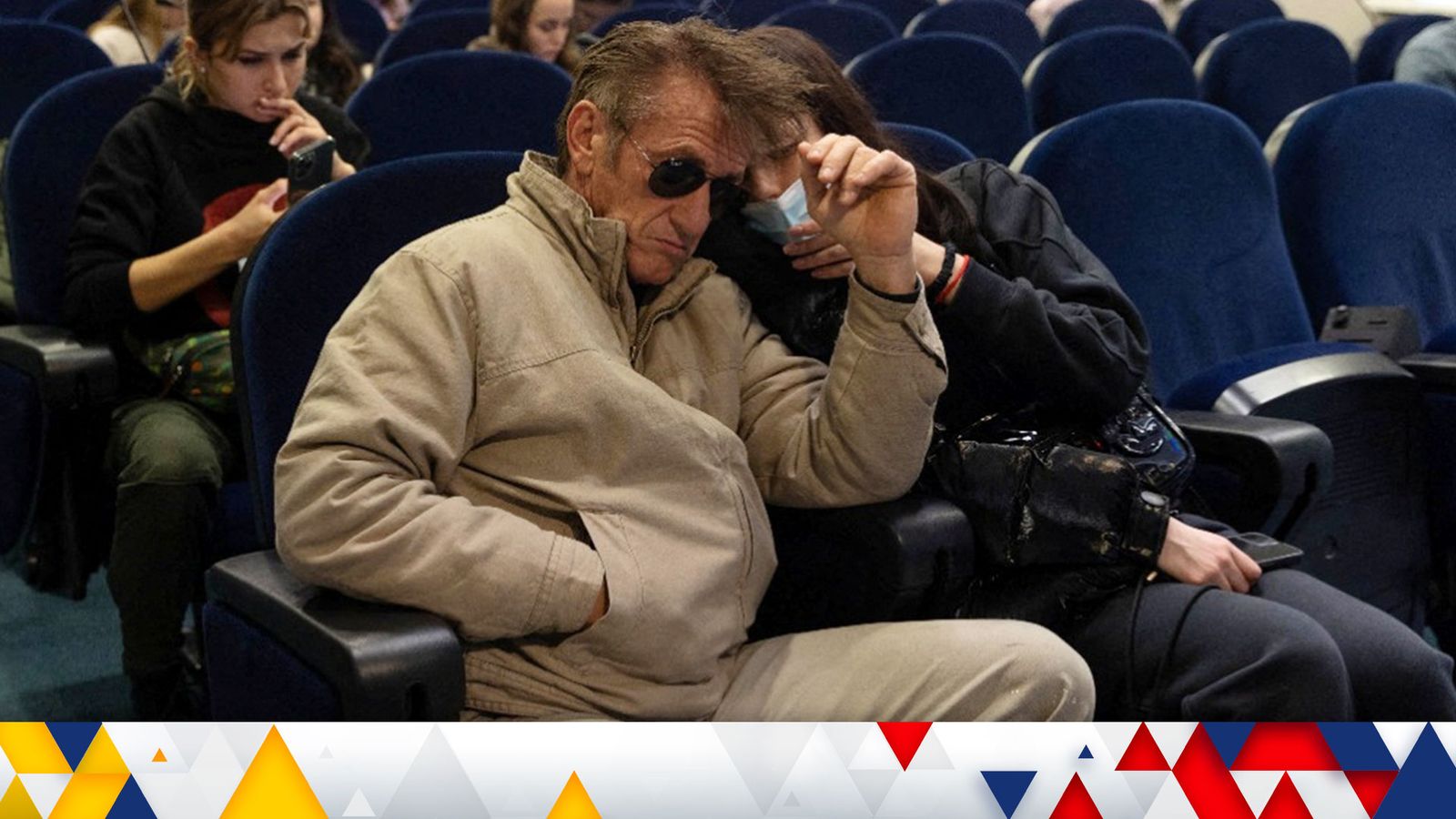 Hollywood stars Sean Penn and Ben Stiller have been included on a list of 25 US citizens sanctioned by Russia in response to their public criticism of the war on Ukraine.

The foreign ministry included the actors on a new list of mostly politicians, trade officials and industrial executives that it was placing under sanctions and banning from entering Russia.

Stiller and Penn have been vocal supporters of Ukraine in the conflict and have met Ukraine’s President Volodymyr
Zelenskyy in high-profile shows of support.

In a televised meeting in Kyiv in June, Stiller, star of Zoolander, Meet The Parents and Dodgeball, told Mr Zelenskyy: “You’re my hero.”

Two-time Oscar winner Penn was in Ukraine recording a documentary when Russia invaded on 24 February. He was forced to flee on foot, joining the millions of Ukrainians crossing into Poland in the first days of the war.

Please use Chrome browser for a more accessible video player

He has been a vocal backer of Ukraine since, returning to the country in June to meet the Ukrainian leader.

Penn also visited Bucha and Irpin near Kyiv, the sites of alleged atrocities against civilians by Russian forces, and President Zelenskyy has publicly thanked Penn for his support.

Russia denies targeting civilians in what it calls a “special military operation” to protect Ukraine’s Russian-speakers from persecution and defuse a Western threat to its security.

Kyiv and the West say these are baseless pretexts for a war of aggression.

The sanctions freeze any Russian assets that those on the list have, prohibit Russian citizens from doing business with
them, and ban them from travelling to Russia.

The West has imposed an unprecedented barrage of economic and personal sanctions on Russia in response to its invasion of Ukraine.

Moscow has retaliated with tit-for-tat sanctions on politicians, business leaders and cultural figures who it says
are hostile to Russia.