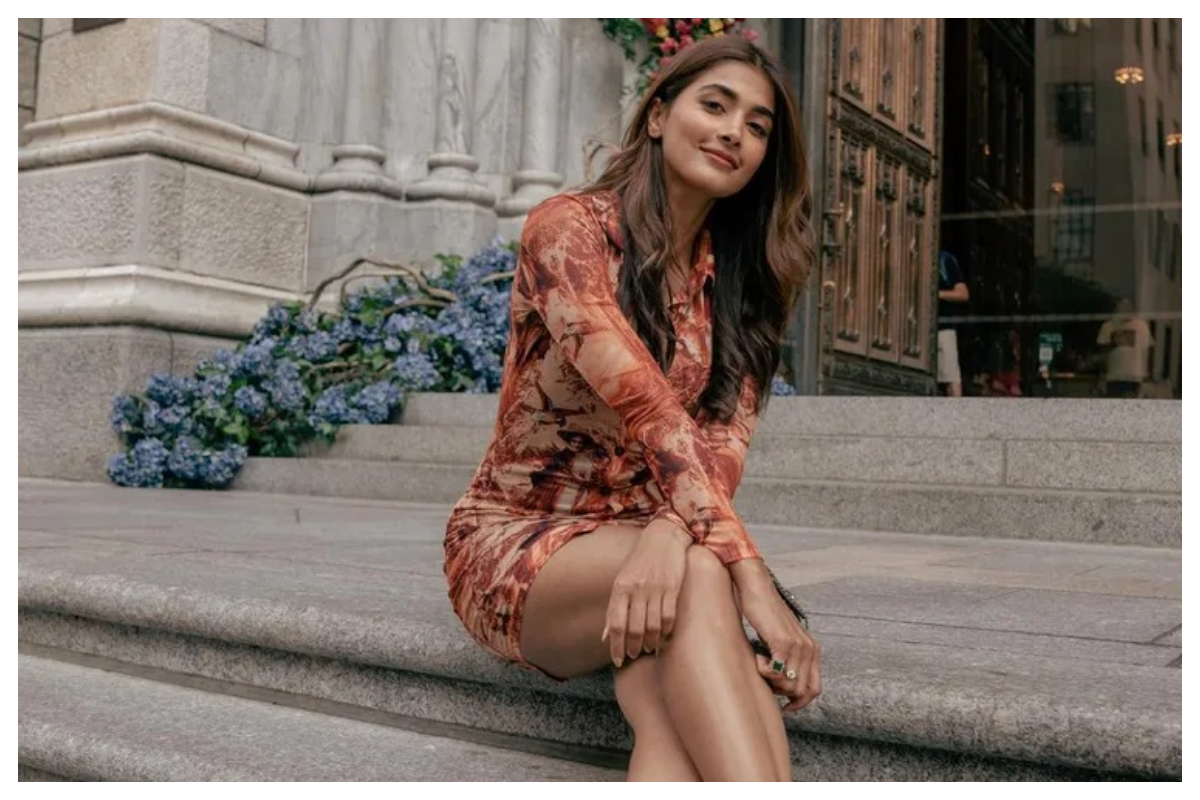 
Pooja Hegde is a popular actress in the entertainment industry. She has made a mark for herself in the industry with her talent. She has worked in movies such as Radhe Shyam, Beast, Housefull 4, and others. Pooja Hegde enjoys a massive fan following and her fans wait for her photographs to come out in the public domain. Apart from being a talented actor, Pooja also loves travelling a lot. The actress is currently in New York. and has filled social media with some drool-worthy photos.

Speaking of which, a few hours ago, Pooja shared some photos as she took a stroll in New York. She turned the streets of the city into a runway and put her best fashion feet forward. She looked amazing in a bodycon dress as she dropped some aesthetically pleasing photos. While sharing the photos, she wrote, “New York, New York”. Her fans too rushed to drop sweet comments in the comment section as soon as she posted the pictures.

On the work front, Pooja will soon star alongside Liger actor Vijay Deverakonda in the pan-India flick, Jana Gana Mana. The Beast actress will be seen as the leading lady in the film. Apart from this, Pooja Hegde will also play the female lead in Mahesh Babu starrer SSMB28. This untitled drama will be directed by Trivikram Srinivas.

Pooja Hegde is on vacation in the UK right now, and she…