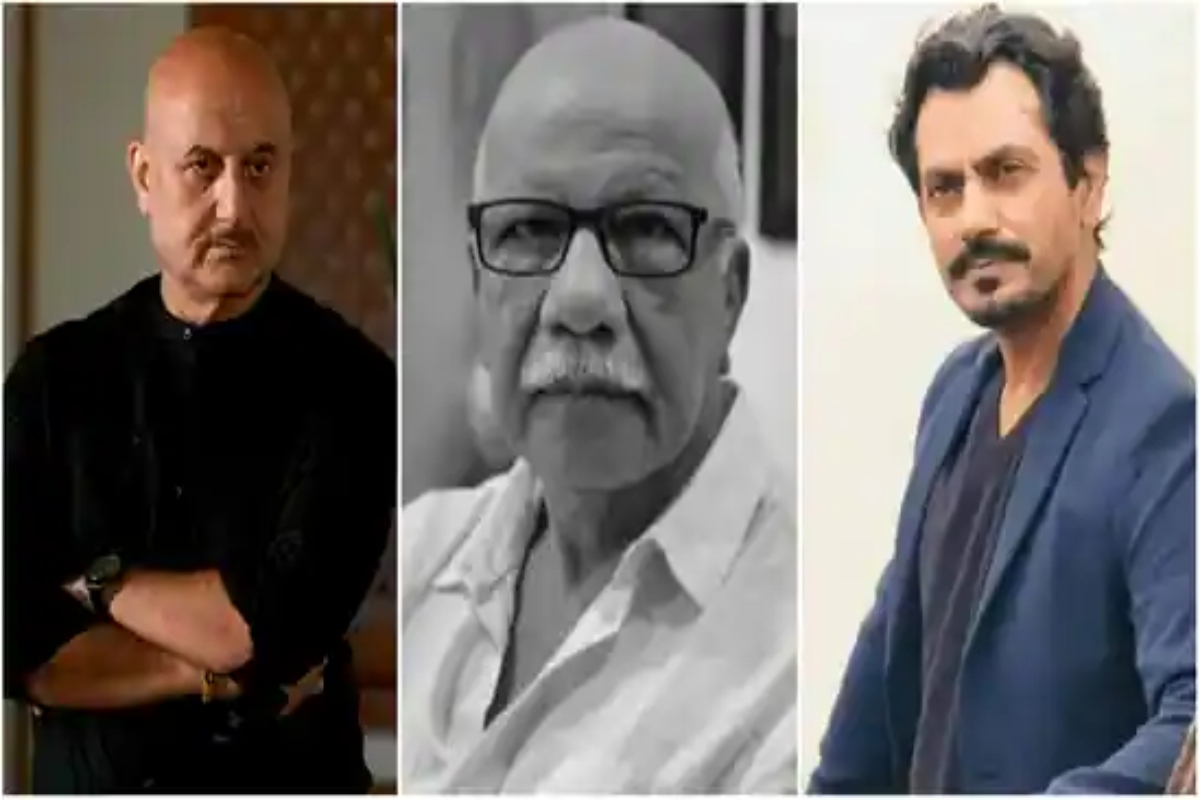 Several actors, including Nawazuddin Siddiqui and Anupam Kher, expressed their sorrow at the passing of Hemendra Bhatia. Who was a renowned director, actor, playwright, and acting coach. Hemendra, an FTII graduate, has appeared in movies including I Did Not Kill Gandhi, Satta, and the television show Bharat Ek Khoj. Nawazuddin Siddiqui and Deepika Padukone were among the students he taught acting to.

On Tuesday, August 30, early in the morning, Hemendra Bhatia passed away in Mumbai. Anupam Kher paid respect to the theatre artist on his Twitter page. The actor also recounted his first encounter with Hemendra, the Actor Prepares acting school’s first and only dean.
Anupam wrote in a tweet.  “Bhatia Saab the great: I met #HemendraBhatia in Sept.1979 at #BhartenduNatyaAcademy in Lucknow. It was my first job as a teacher. We both were part of the faculty under #RajBisariaJi. Even though I was 24 he decided to call me #KherSaab. We have been friends since then. Later when I established @actorprepares. I asked him to help me design the school. He became the first and the only dean of our acting school. We did plays together. And remained friends. He was my confidant!”
The actor further remembered the late artiste as a ‘brilliant little shy, very giving, warm, passionate, short-tempered, large hearted’ person who was ‘amazing at his craft’ and was also a ‘wonderful storyteller, emotional, and an eternal optimist’ among many more things. He concluded, “He went to a better world. But too soon. I will miss you #Bhatiasaab and our conversations over a cup of coffee.”

Hemendra thanked the actor for voicing his concerns in a screenshot of a WhatsApp chat that actor Anupam shared with the audience. “The song is ended… But the melody lingers on.” he captioned the post.  Additionally, he tweeted a homage that had been published by his acting school, Actor Prepares. The post also included images of the late performer, including a group shot with Deepika Padukone, him, and Anupam.
Nawazuddin Siddiqui also sent a tribute on Twitter for his late acting instructor. The actor posted a photo of Hemendra along with the following message:  “My teacher Shri Hemendra Bhatia who taught me the techniques of acting and also gave me my early opportunities under his direction passed away today morning. It’s an irreparable loss to the theatre world. May his soul rest in peace.”