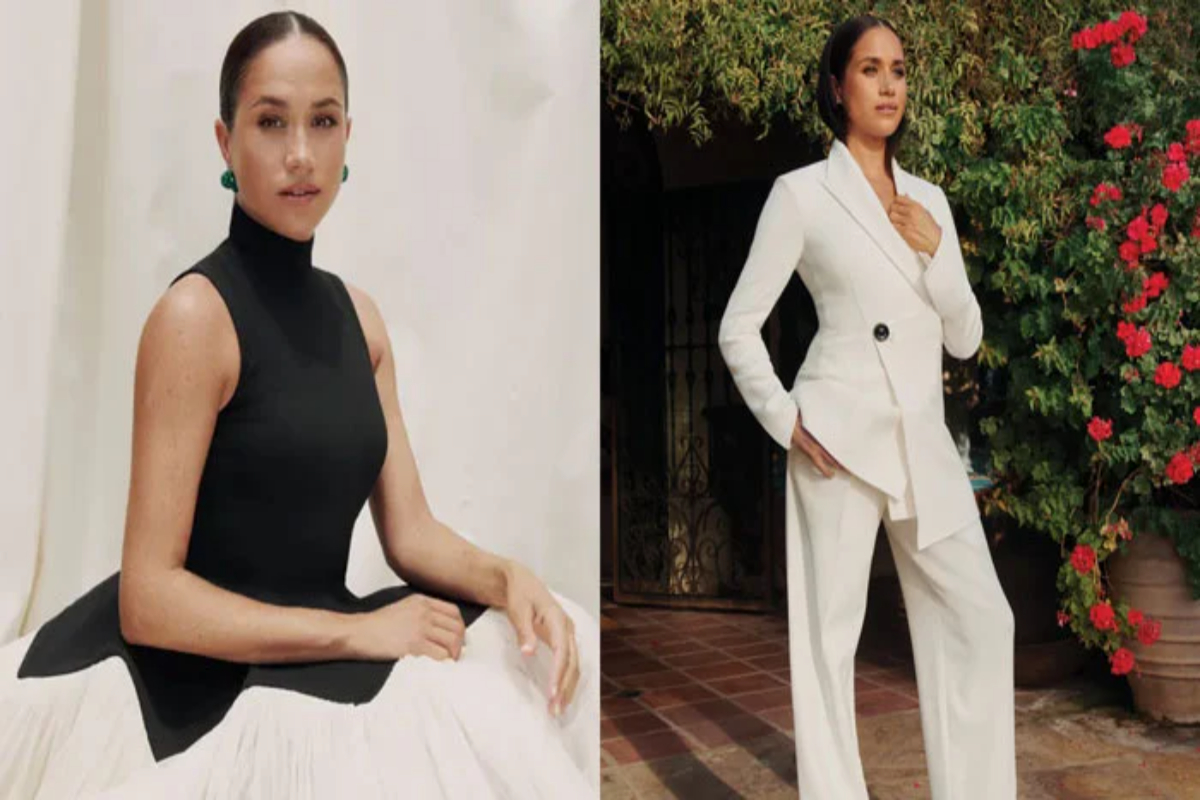 Meghan Markle’s elegant cover for the magazine The Cut has made ripples in the fashion world.

The stunning shots were revealed on Monday, and immediately after the interview was published, the postcard-worthy images went viral on social media.

The 41-year-old mother of two astonished her fans as she posed in two breathtaking appearances in Montecito.

One of the lovely photos shows the Suits alum standing barefoot on a wooden chair within her garden while wearing a black gown.

Furthermore, Meghan wore a white pantsuit in the second shot and a patterned strapless midi dress in the third.

Meanwhile, the shocking interview has generated a lot of excitement, with the Duchess commenting on her comeback to Instagram and forgiving the Royal Family.

“Do you want to know a secret? I’m getting back…on Instagram,” she said in the interview. “It was a big adjustment – a huge adjustment to go from that kind of autonomy to a different life,” she added.

Meghan Markle spoke with The Cut’s Allison P. Davies for the most…