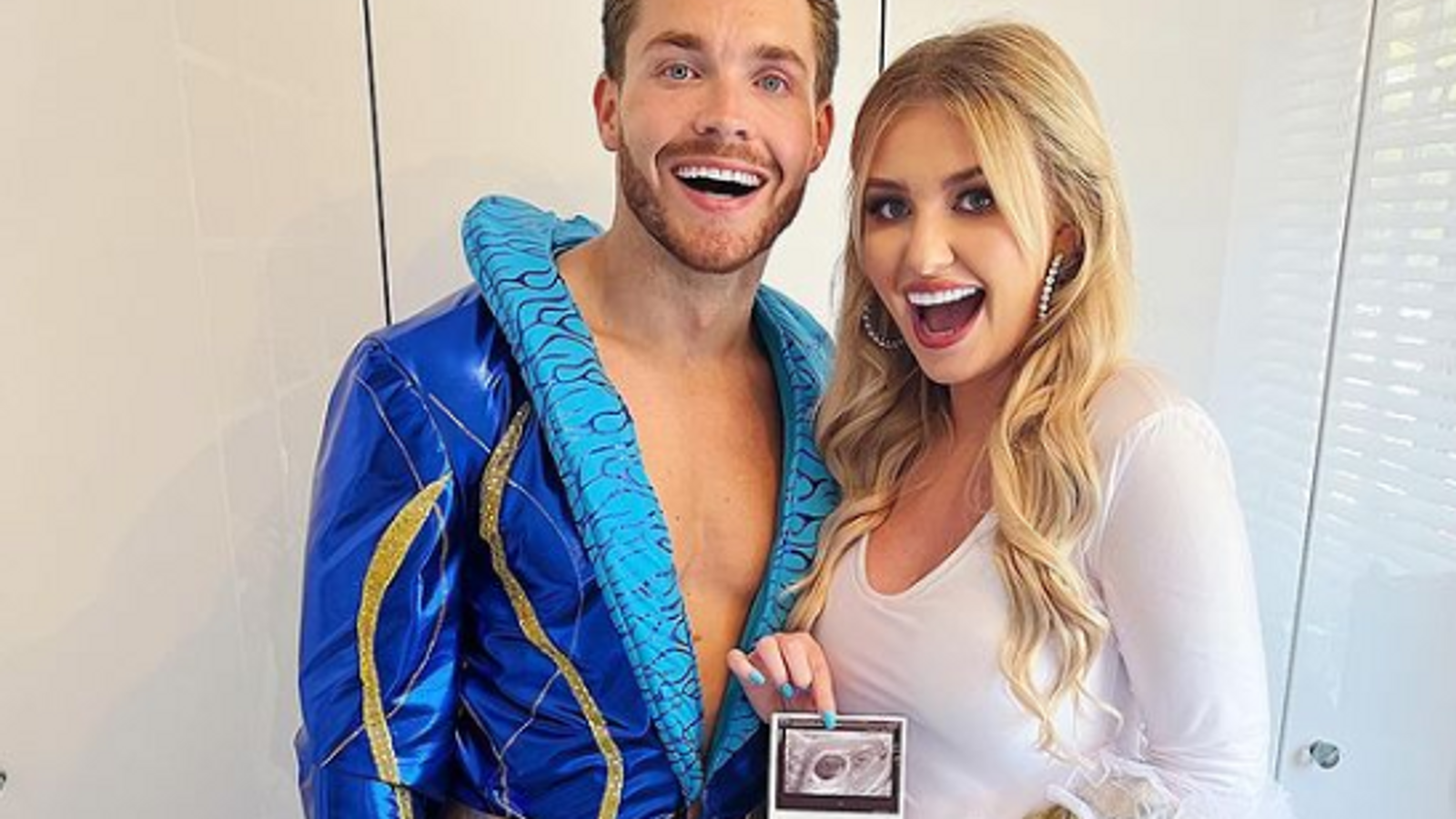 Love Island star Amy Hart has revealed she is expecting her first child with boyfriend Sam Rason having publicly documented her fertility journey for the last three years.

The reality TV personality appeared on Loose Women to make the announcement after featuring on the show in 2019 to reveal she was going to freeze her eggs.

“It was very unexpected, we weren’t going to start trying until next year,” the 30-year-old said, explaining that she spent her birthday “completely sober”.

“Everyone kept coming up to me and saying, ‘You don’t seem very drunk’ and I said to my best friend ‘people are beginning to ask’, and she said, ‘Well, you’re going to have to do something then.'”

“So the Abba tribute band was playing Lay All Your Love On Me and I started crawling across the dance floor, and nobody asked again.”

Later, she shared a picture on Instagram of her and Rason holding up a baby scan, writing that they had concerns about being able to start a family and were excited to welcome their bundle of joy in March.

“We’ve both had individual and collective worries over the years that this may not have been the simplest process or that it may not happen at all,” she wrote.

“Interestingly enough, we got pregnant unexpectedly because the app that was telling us the fertile window was so out.

“So much so that if we’d started trying in January as planned we probably wouldn’t have fallen pregnant as we would have been nowhere near the ovulation days.”

She explained that earlier this year the couple was told that if they didn’t fall pregnant within six months of trying, they would have to turn to IVF.

When asked if they will find out the baby’s gender, Hart said: “No, I do surprises for everyone else and I ruin surprises that are planned for me, so this is the only surprise that I cannot ruin.”

At the age of 27, Hart appeared on Loose Women to explain her decision to freeze her eggs, having undergone a test that indicated that her fertility levels were low for her age.

At the time, she explained that she saw the process as “insurance” in case she did not find a partner.

Asked whether she will still use her frozen eggs, Hart said: “No. I might need them in the future.

“It was never about not being able to get pregnant, it was more about the longevity of my egg reserve. If I don’t need them, then I’ll donate them.”

Read more: Amy Hart says she got death threat from 13-year-old as she reveals extent of social media abuse

Hart appeared in the 2019 series of Love Island and notably left the villa early after splitting with her partner Curtis Pritchard several weeks in.

Her time on the show included a scene after the Casa Amor portion of the series where she told Pritchard: “I was coming back here to tell you I loved you” – a moment that went on to become an internet sensation.

Maura Higgins, who appeared on the show alongside Hart and went on to date Pritchard wrote: “Congratulations to you both,” followed by several heart eye and red heart emojis.

Since appearing on the show, Hart has gone on to appear in the Jack And The Beanstalk pantomime at the Kings Theatre in Portsmouth.