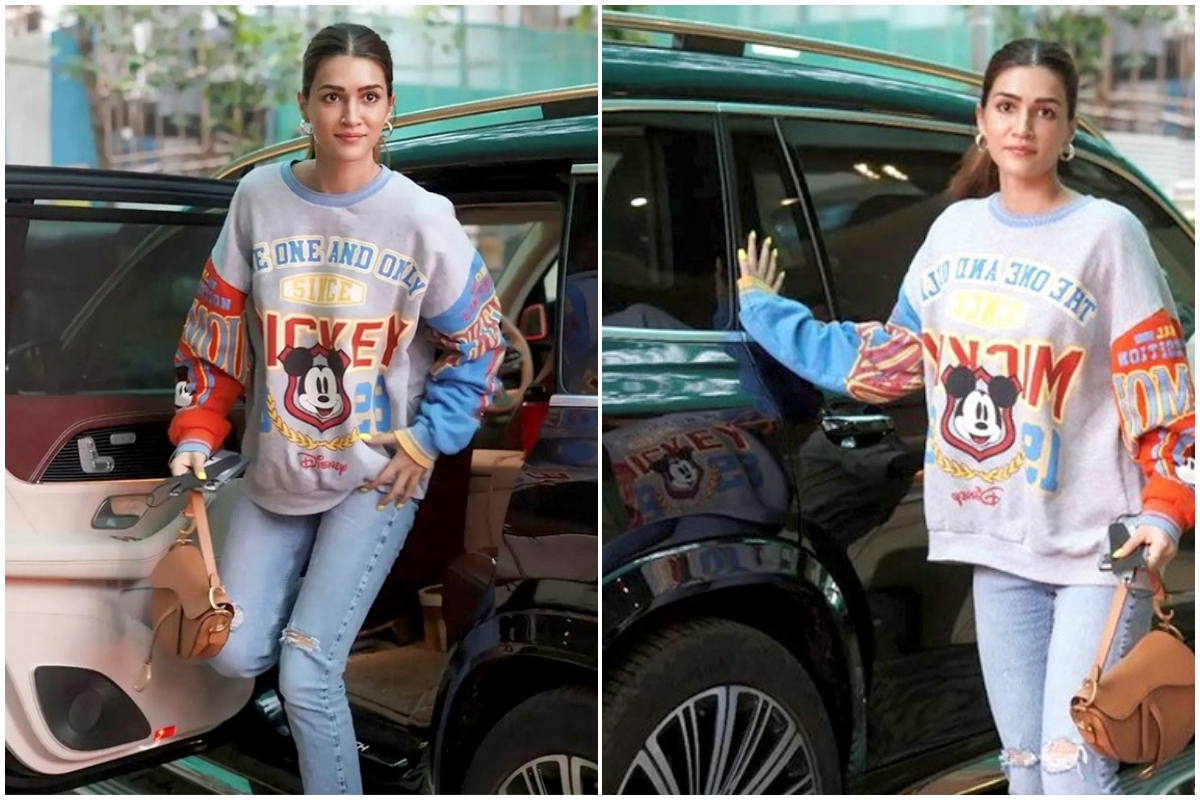 
The casual attire Kriti Sanon wears have won us over. Her latest style is all about putting together comfort and style in one outfit. The diva knows how to make an impression no matter what she wears. The star’s carefree style keeps making fashion statements. This time, she wore stylish jeans and a sweatshirt.

Kriti Sanon was seen in the city wearing a Pull & Bear full-sleeved sweatshirt with a funny Mickey Mouse game on it. It had drop shoulders, a ribbed crew neck, cuffs, and hem that all looked stylish and eye-catching in different colours like yellow, blue, white, grey, red, and black. The price of her sweatshirt is Rs. 4,725. She looked classy even though she was wearing ripped blue denim jeans. The slits at the bottom of the pants gave them an edge.

She wore a cosy outfit with a Dior saddle bag and small hoops on her ears. Her natural shine was as pretty as her peach lipstick, and she had pulled her hair back into a low ponytail. Kriti wore white shoes to finish off her outfit.

Work-wise, Kriti was most recently seen with Akshay Kumar and Arshad Warsi in Farhad Samji’s Bachchhan Paandey. She now has two movies in the works: Shehzada with Kartik Aaryan and Adipurush with Prabhas. In Bhediya and Ganapath, both of which are in the works, Kriti will work with Tiger Shroff and Varun Dhawan again.