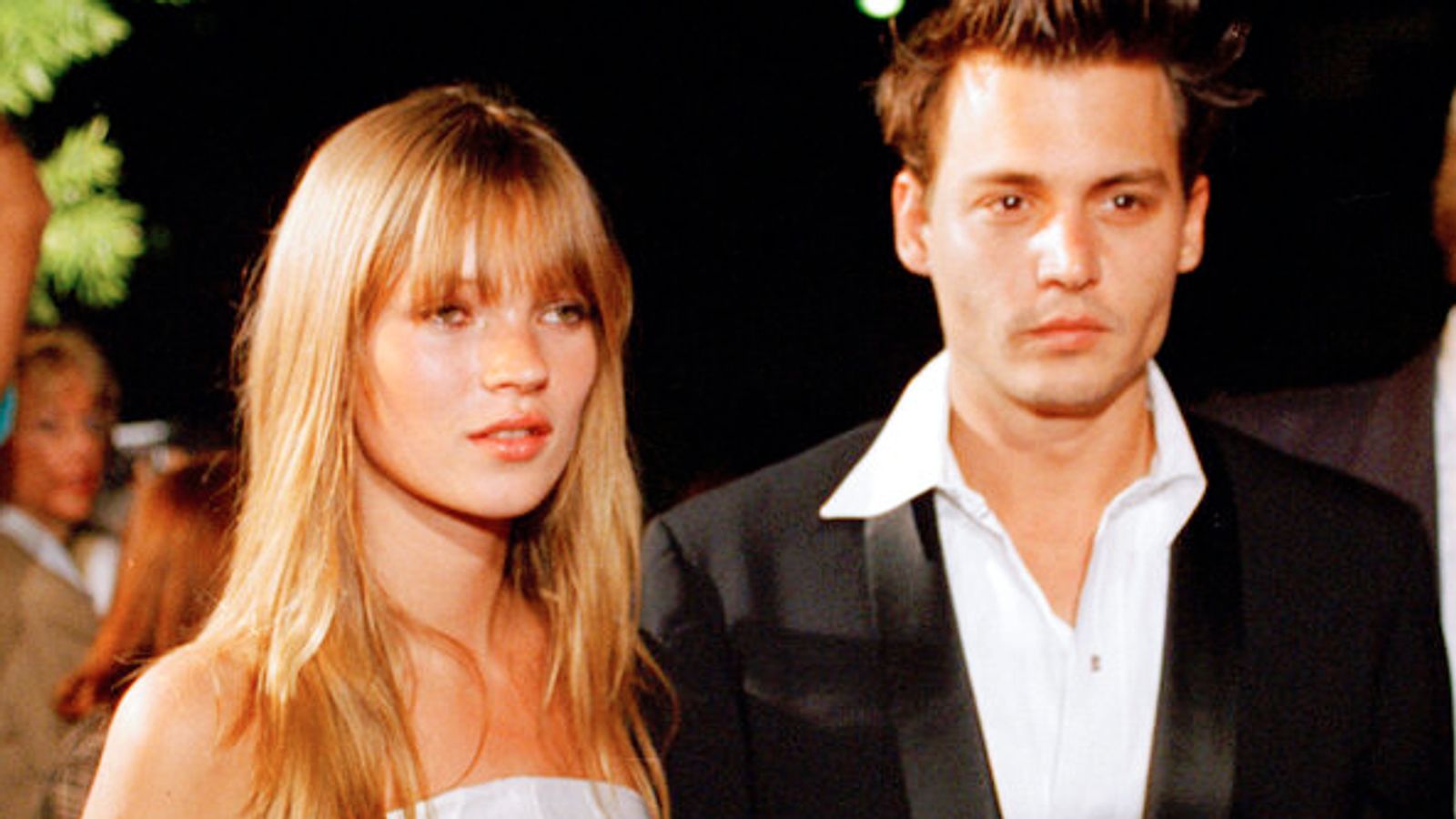 Kate Moss has revealed Johnny Depp gave her the first diamonds she ever owned as a gift – and presented them to her “out of the crack of his a**e”.

The supermodel, who was in a relationship with the Hollywood actor between 1994 and 1998, was reflecting on one of her most famous looks with British Vogue.

Discussing a John Galliano white dress she wore in 1995, Moss said she was given the item by the designer but had lost it.

Turning to the jewellery, she said: “And that diamond necklace Johnny gave me, they were the first diamonds I ever owned. He pulled them out of the crack of his a**e.

“We were going out to dinner and he said, ‘I’ve got something in my bum, can you have a look,’ and I was like, ‘What?’ and I put my hand down his trousers and I pulled out a diamond necklace. That diamond necklace.”

Moss recently testified in defence of Depp during his defamation trial with ex-wife Amber Heard in the US.

Heard had mentioned a rumour Depp had pushed Moss down the stairs while the two were in a relationship.

But Moss testified Depp had not “pushed, kicked or threw me” down any stairs while they were together.

In a later appearance on BBC Radio 4’s Desert Island Discs, she told presenter Lauren Laverne: “I know the truth about Johnny. I know he never kicked me down the stairs. I had to say that truth.”

In her interview with British Vogue, Moss also admitted she did not realise her famous so-called naked dress was see-through.

She wore a sheer slip dress to Elite Models’ look of the year party in London 1993 with only a black thong underneath.

“I did not know that this dress was see-through until the pictures came out the next day in the newspaper,” she said.

“It was the flash that made it look naked cause actually the fabric when I was wearing it, when I went out I didn’t think it was that see-through.

“But obviously it was. I mean, had I known I’d be talking about it 30 years later … good dress, good night.”