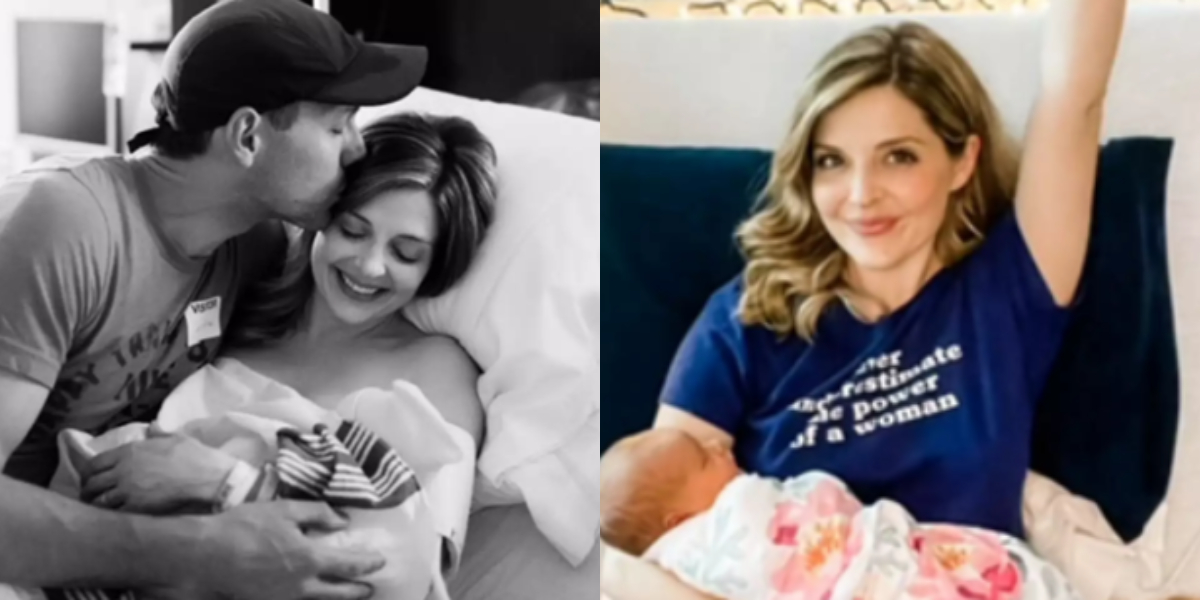 
According to PEOPLE, the actress, 37, welcomed her daughter Jacqueline “Jackie” Grace with Wayne on Thursday morning. Jackie was born at 1:12 a.m., weighing 7 pounds, 10.01 ounces.

Lilley and Wayne already have Kayden, 5, and Jeffrey, 3, who they adopted from foster care in 2019 and 2020, respectively, as well as Julie, who is almost three years old.

“This was a surprise pregnancy during new Covid variants and ramp-ups. I hadn’t taken any prenatal vitamins, I was under a lot of stress, and with my history of miscarriages, I had to trust that God would indeed protect and empower her through the pregnancy and that was absolutely true for the insane delivery!”

Sharing details of her unforgettable experience, Lilley says, “I had no idea if I was really in labor. I had Jackie 7 minutes after pulling up to the ER. If I hadn’t left when I did, I would have had her in the car, and I’m not sure she would have survived.”

Adds Lilley: “The midwife told the nurses, ‘Get her pants off!’ And I was thinking, why is everyone thinking this baby is coming right now?”

“The midwife said, ‘She has quite a bit of hair’ and Jason and I were both stunned. I wasn’t sure if she was joking! But then I thought, that would be a strange thing to joke about, and realized, I was actually having the baby right NOW,” Lilley says.

James Gray, Anne Hathaway were moved to tears on the premiere

In a bizarre incident, a BJP MLA from Assam was seen taking a piggyback ride…