Hrithik Roshan and Sussanne Khan step out for lunch with friends 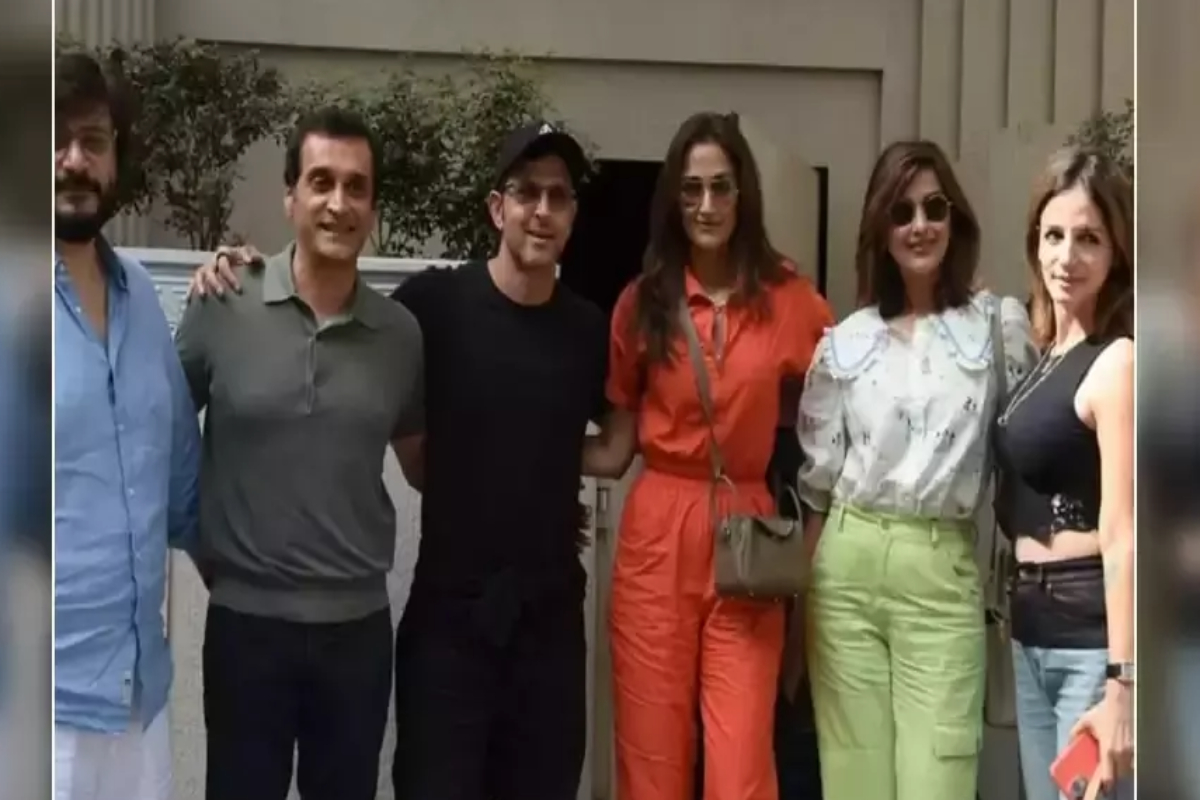 Hrithik Roshan is having a great year right now! He won fans’ hearts with his performances in the 2019 movie War, and he is now eagerly awaiting the release of Vikram Vedha, his highly anticipated movie with Saif Ali Khan as the lead. Despite being a very busy actor, he makes time for his loved ones. On Sunday, he was photographed having lunch with his ex-wife Sussanne Khan, their pals Sonali Bendra, her husband Goldie Behl, and others.

Since their divorce, Hrithik and Sussanne have remained good friends. As well as they frequently appear with their children at family gatherings and outings. The actor from Super 30 is pictured in the pictures wearing a round-neck t-shirt, denim pants, and an all-black ensemble. Contrarily, Sussanne was spotted twinning with Hrithik while sporting a crop top and jeans. Sonali kept it simple in a white floral top and pista green bottoms. Goldie wore white slacks and powder blue denim, in contrast to her spouse. After lunch, they even posed for a group photo.
In terms of relationships, Hrithik is presently seeing Saba Azad, while Sussanne is seeing Arslan Goni. Regarding Hrithik’s Vikram Vedha, it is a remake of the 2017 Tamil film of the same name starring R Madhavan and Vijay Sethupathi and was made by YNOT Studios, Friday Filmworks, T-Series Films, and Reliance Entertainment. The original and Hindi adaptation of the movie are both being helmed by the same creative team, Pushkar and Gayatri. Radhika Apte, Rohit Saraf, Yogita Bihani, and Sharib Hashmi are also featured in the movie.

Hrithik Roshan looks handsome in neon at an event in Mumbai

Hrithik Roshan, a popular actor in Bollywood, will shortly appear in his…

Along with Deepika Padukone and Anil Kapoor, Hrithik will next be seen in Siddharth Anand’s Fighter. The publication date is set for September 28, 2023.