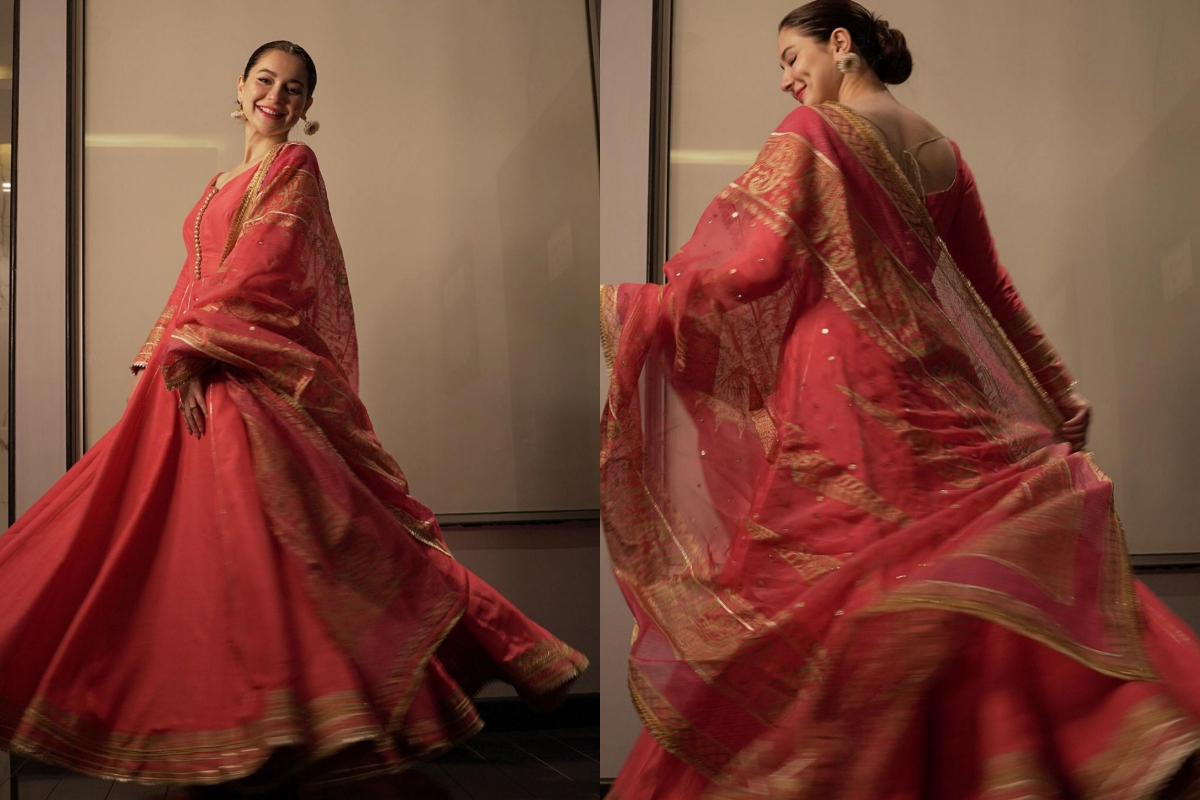 
Hania Aamir, an actress and model, looks like a queen in Mohsin Naveed Ranjha’s formal wear for the season. The starlet is looking jaw-droppingly gorgeous.

Hania Aamir is an actress who is known for her cute  looks and how beautiful she is. She is not only a great actress and singer, but also a fashion icon. Her on-point styling in eastern, as well as western looks, is the inspiration for all the girls out there.

She is one of the best-known people in the Pakistani showbiz industry. The 25-year-old did great work in popular drama series like Ishqiya and Mere hamsafer. The actress got a lot of attention for her role in the hit movie Parwaz Hai Junoon.

The actress is currently taking over the spotlight in the drama series Mere Humsafar, where she is paired with Farhan Saeed.

Fashion designers want to work with the star of Janaan. She is the perfect model for designers to use to show off their new lines. Hania was recently seen wearing a beautiful peach-colored Pishwas by the well-known designer Mohsin Naveed Ranjha, and we are blown away. Watch the star spin around in this beautiful outfit.

Earlier, Hania donned a golden shimmer saree paired with a matching blouse and sizzled like gold in this look. She enhanced her look with red-bold lips and full glam makeup. The diva completed her look with dramatic ear pieces and let her sleek hair open into a center parting.