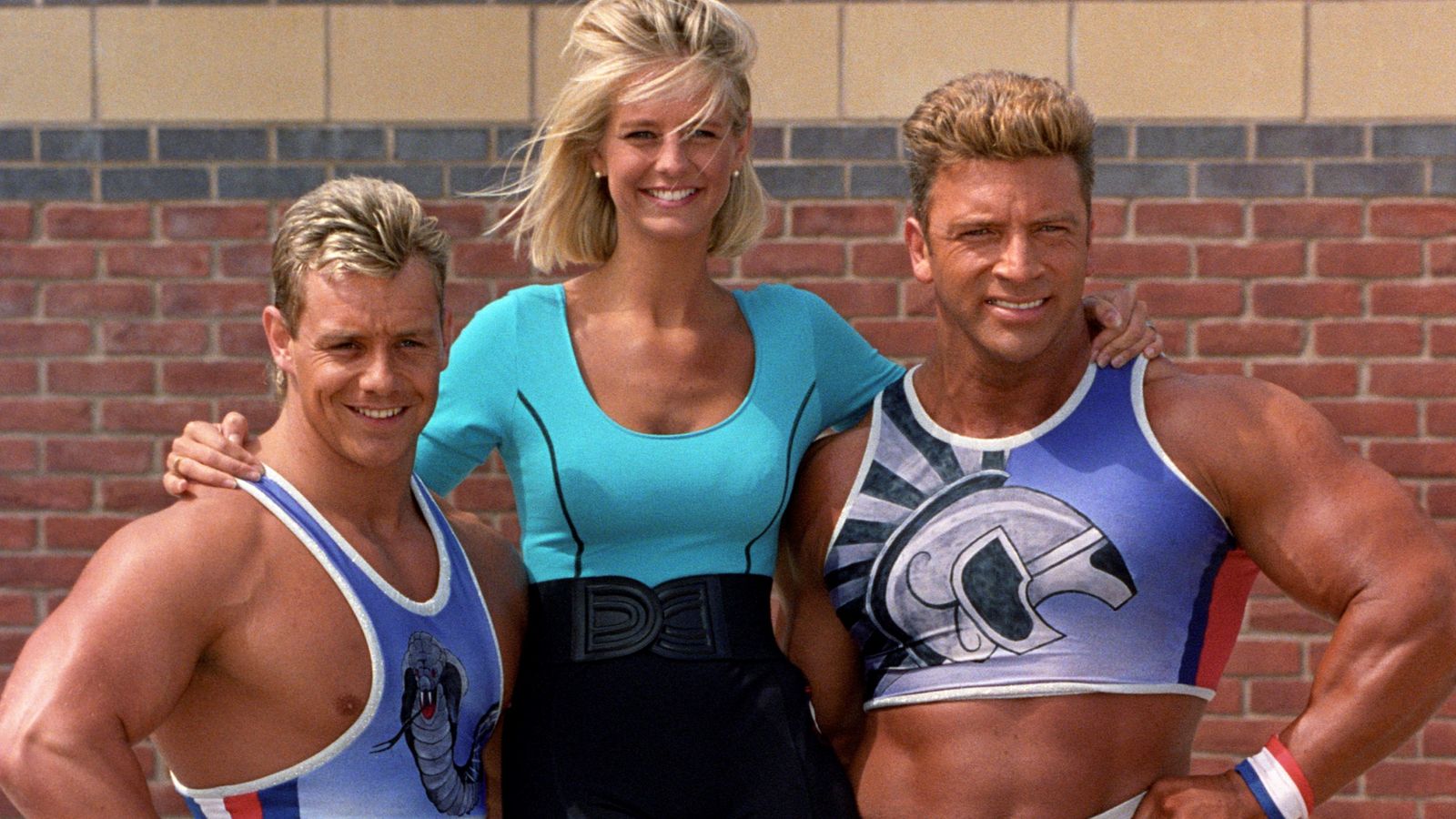 TV viewers, ready? Do you have the speed, the strength, the heart to be a winner? Because Gladiators is set to make its TV return.

The hit TV show that drew huge audiences on Saturday nights in the 1990s will make its comeback with an 11-episode series on BBC One.

With a new generation of “superhumans”, the show will pit contestants against Gladiators in the “ultimate test of speed and strength”, the broadcaster said as it announced the news.

Presented by John Fashanu and Ulrika Jonsson, referee John Anderson also became known for his famous call of “Contenders Ready? Gladiators Ready?” as he counted down to each game.

The show originated in the US and initially aired in the UK from 1992 to 2000, with a revival on Sky in 2008 and 2009. The format was picked up in Australia, South Africa, Russia, Finland, Germany, Nigeria, Denmark and Sweden.

The new series will include new games alongside classic challenges – with each episode ending with fan favourite, gruelling obstacle course The Eliminator and its infamous Travelator.

Kate Phillips, the BBC’s director of unscripted shows, said: “Gladiators is back and a whole new generation of viewers can now look forward to watching a Saturday night spectacle like no other.

“Will the contenders have the will and the skill to succeed against our mighty new Gladiators? You’ll have to tune in to find out.”

Hosts for the show have not yet been announced, but filming is due to take place at the Utilita Arena Sheffield in 2023.

The series is to be made by Hungry Bear Media and MGM Television UK.

What happened to the original Gladiators?

Diane ‘Jet’ Youdale quickly became a fan favourite – not least because of her incredible aerial cartwheels – when she joined the show aged 22.
She left in 1996 after suffering a neck injury and tried her hand at presenting before retraining in psychotherapy

Bodybuilder James ‘Hunter’ Crossley was a series regular from 1993 until the last episode on 1 January 2000.
After retraining as an actor he appeared in several productions, including work with theatre director Sir Peter Hall in the US, and recently appeared on Channel 4 reality series The Circle

Kim ‘Lightning’ Betts became known as the Queen of the Hang Tough rings, only suffering a handful of defeats.
Now a mother of two, she runs various businesses and also presented children’s show Room 785 on the British Forces Broadcasting Service

Warren ‘Ace’ Furman has worked as a construction manager since leaving Gladiators.
He also visits schools and prisons to promote his Ace Active initiative, which aims to find “creative ways to spread the Gospel”

Perhaps the most memorable of all the Gladiators, bodybuilder and boxer Mike ‘Wolf’ Van Wijk ran a gym in London before he found fame on the show as the caricature villain viewers loved to hate.
He moved to New Zealand and returned to the industry after taking part in eight series of Gladiators

After Gladiators, Mark ‘Rhino’ Smith carved out a successful career as an actor and producer in Los Angeles.
Recent credits include parts in Hollywood productions Angel Has Fallen, starring Gerard Butler, and Argo, with Ben Affleck

Another of the most famous Gladiators, bodybuilder Michael ‘Shadow’ Jefferson King was jailed for his role in a blackmail plot, in which a man was detained for several hours, in 2021

“What other show combines electric excitement, superheroes, giant sponge fingers, elite athletes, and a pinch of pantomime? Watch out for the new breed of superhuman, supersized, superstars bursting onto your screens on BBC One and iPlayer.”

Meanwhile, following the recent announcement that ITV is rebooting Big Brother, Channel 4 boss Ian Katz has given his views on the revival of older shows.

Speaking at the Edinburgh TV Festival, Mr Katz described it as a “wonderful show” which did “wonderful things” for Channel 4, but the channel is now focusing on commissioning new shows.

“I’m sure it will bring an audience to ITV but I do think there is something depressing about this microwave moment of TV of shows being reheated,” he said. “If Channel 4 is about anything it is about finding that new dish.”