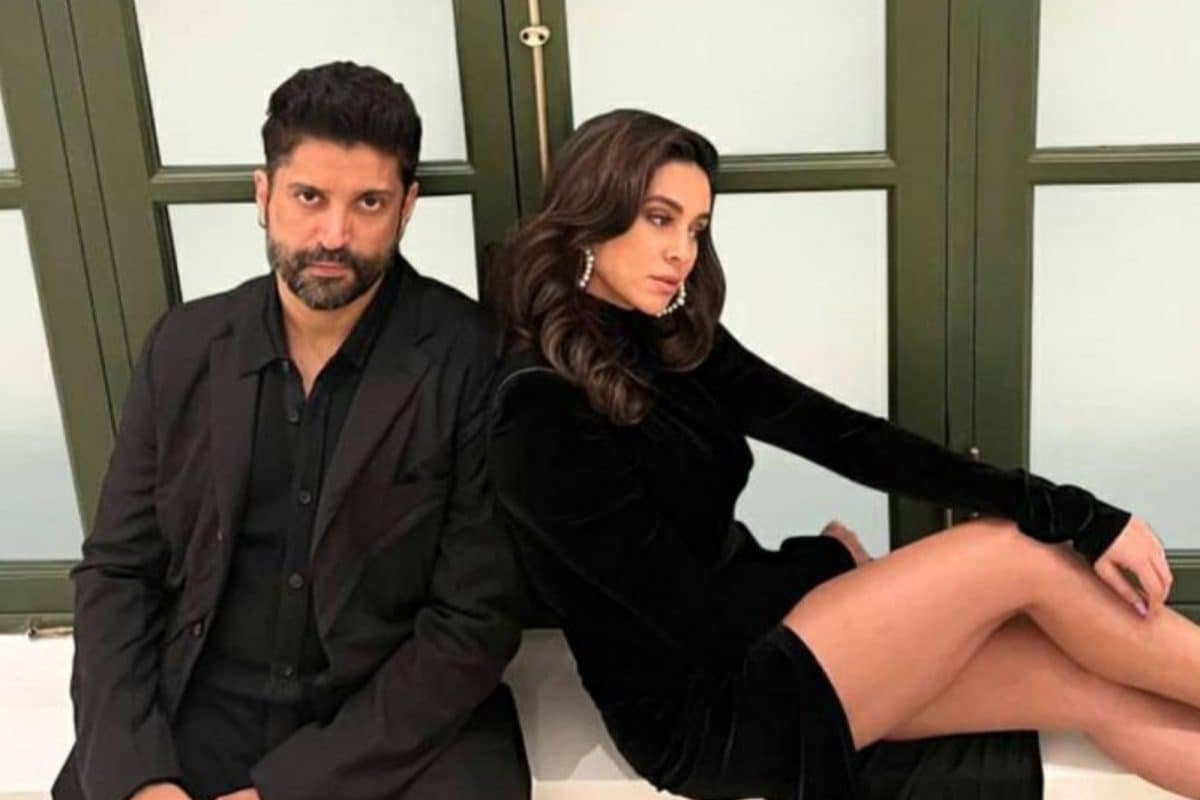 Farhan Akhtar has a unique wish for Shibani Dandekar on the occasion of her birthday. Farhan and Shibani never fail to set couple goals.

They frequently pose together for photos, which when posted to Instagram cause all of their fans to drool over them.

The pair is presently enjoying a great time in Australia attending a friend’s wedding. The two continue to post images of themselves having fun in Australia every other day.

Pankaj Tripathi is a seasoned Bollywood actor. Tripathi has shown his acting…

Shibani is enjoying her birthday today, and on this particular occasion, Farhan sent a picture and a romantic message to Instagram for his wife.

He is sporting a black blazer over a black kurta and monochromatic striped leggings in the photo that Farhan Akhtar posted.

Shibani Dandekar is also depicted wearing black satin leggings and a coat. As they stand inside a little boat and the actor from Bhaag Milkha Bhaag poses with an oar in his hand, they both seem gorgeous.

Sharing this picture, he wrote, “Dear life partner, Some days you steer, some days you navigate, some days you get us to put down our oars and take a break, take in the view, just breathe. I’d fight the strongest currents for you as I know you would for us. Happy birthday my beautiful co-traveller. Love you. @shibanidandekarakhtar.”

In the meantime, Jee Le Zaraa, starring Priyanka Chopra, Katrina Kaif, and Alia Bhatt, marks Farhan Akhtar’s ten-year absence from directing. When the film was first revealed last year, the tagline was, “About time the girls took the car out.”

Later, Farhan took to Twitter and wrote, “Did someone say road trip? Thrilled to announce my next film as director and what better day than 20 years of Dil Chahta Hai to do it. #JeeLeZaraa with @priyankachopra #KatrinaKaif  @aliaa08 I cannot wait to get this show on the road”. Penned by Zoya Akhtar, Reema Kagti and Farhan, Jee Le Zaraa is expected to hit the screens next year.