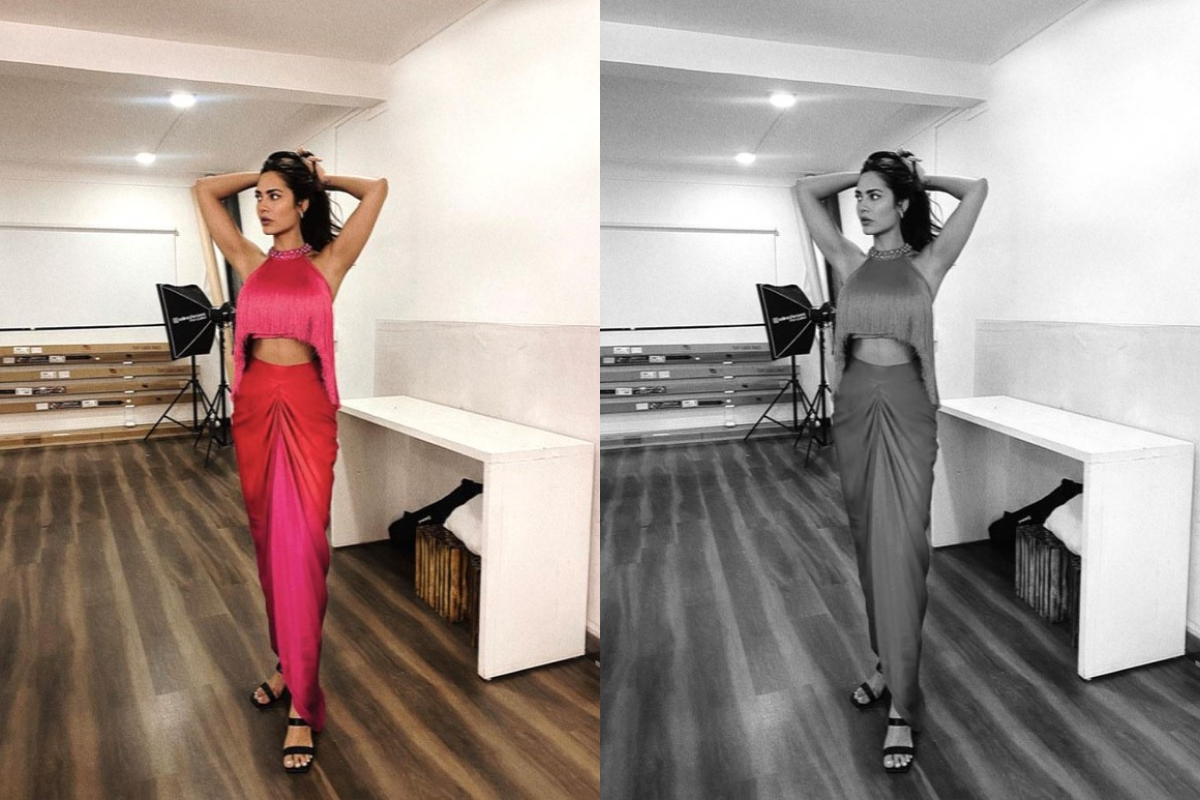 
Esha Gupta has locked showing up in movies like Rustom and Raaz 3D, to name a few, over the years. Esha often posts beautiful pictures of herself on Instagram. With her stylish clothes, she can make the temperature rise quickly.

With the release of yet another attractive photo, the actress turned up the heat and sent her fans and followers into a frenzy. In her most recent photos, she was wearing a cute and flirty pink fringe dress that made a big fashion statement. She wore a red and pink halter-neck top with fringe and an extra piece of jewellery around her neck. Esha wore it with a similar-colored, front-draped skirt. The red shimmery top that Esha Gupta is wearing costs Rs. 14,200, and the red draped skirt costs Rs. 17,000. Both are from 431-88 by Shweta Kaur. Her softly draped dress had a luxurious sophistication and a feminine elegance that made it perfect for a romantic date.

She finished the look by putting on black heels and small hoops. Her understated glam makeup was finished off with glossy lips, touches of blush, mascara-covered lashes, and a glowy foundation. Esha Gupta looked lovely in this outfit as she stood with her hands in her hair.

Alia Bhatt performs exceptionally well as a Bollywood actress. She flew to…