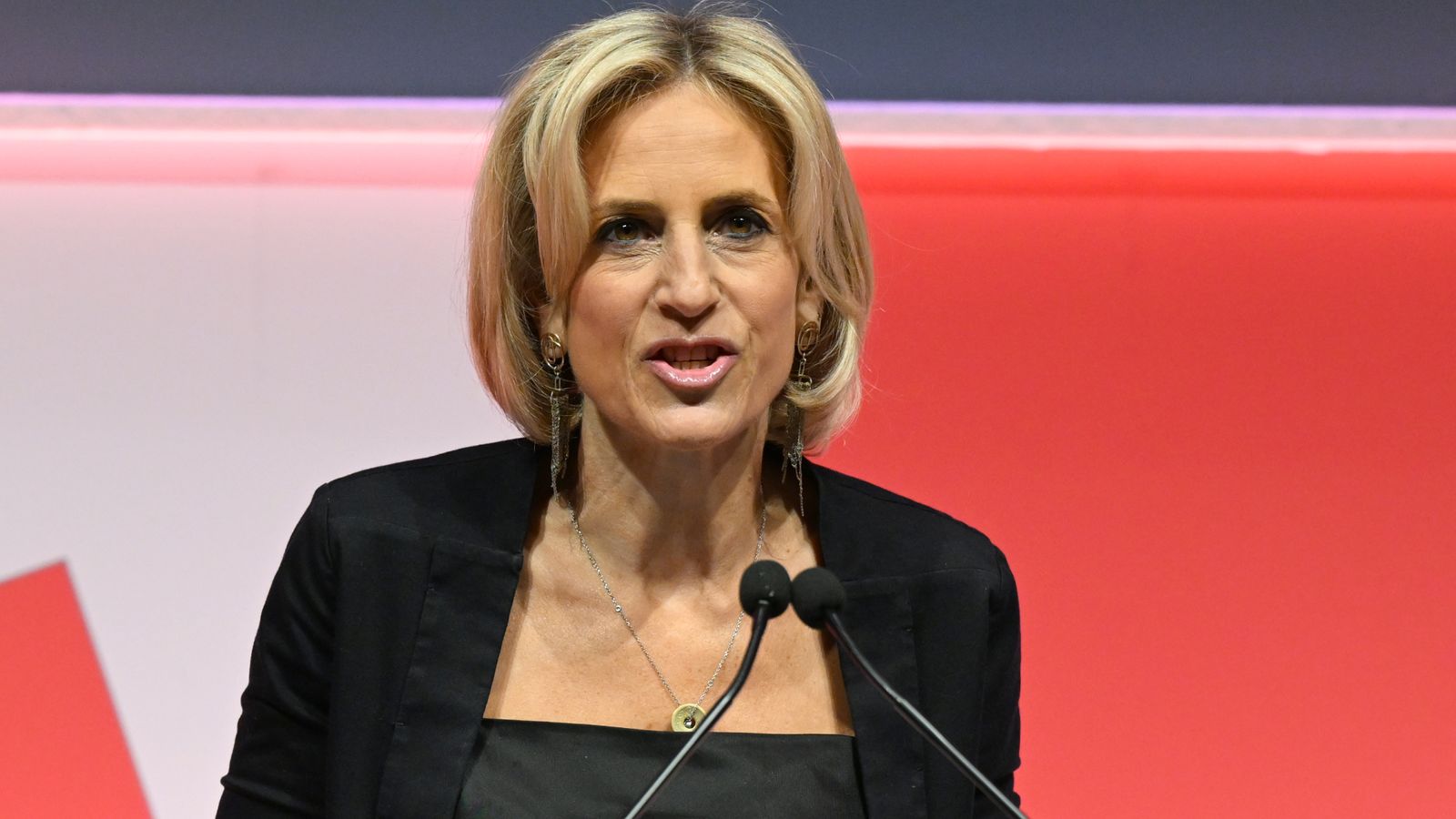 Journalist Emily Maitlis has hit out at the BBC – her former employer – claiming its board has been infiltrated by a Conservative Party agent and former Downing Street spin doctor whom she claims is now an “arbiter of BBC impartiality”.

Delivering the MacTaggart Memorial Lecture at the Edinburgh TV Festival, the ex-Newsnight presenter referred to “Tory cronyism at the heart of the BBC”, as she spoke about her own perceived impartiality while working for the broadcaster.

Maitlis was twice accused of showing bias against Boris Johnson’s government, the first when she discussed ex-chief adviser Dominic Cummings’ lockdown trip to Barnard Castle, and the second after she retweeted Piers Morgan, who was questioning the government’s response to the pandemic.

Referring to the speed of the BBC response to a Downing Street complaint over her comments on Cummings, Maitlis said: “Put this in the context of the BBC Board, where another active agent of the Conservative party – former Downing Street spin doctor, and former adviser to BBC rival GB News – now sits, acting as the arbiter of BBC impartiality.”

She went on: “According to the Financial Times, he’s attempted to block the appointments of journalists he considers damaging to government relations, provoking Labour’s deputy leader (among others) to call it ‘Tory cronyism at the heart of the BBC’.”

In response to Maitlis’s speech, the BBC told Sky News: “The BBC Board has collective responsibility in protecting the BBC’s independence and ensuring it delivers on its mission and public purposes. It is made up of executive and non-executive members from a range of backgrounds.”

The corporation called Maitlis’s comment over a Financial Times journalist’s assertion that a BBC board member has played a part in selecting journalists “totally incorrect”.

Sky News has also approached the Department for Digital, Culture, Media and Sport for comment.

The role of the board is to ensure the BBC delivers its mission and public purpose.

Maitlis appeared to be referring to former Downing Street communications director Sir Robbie Gibb, who joined the BBC board in May 2021.

Prior to working in No 10 for the Conservative Party between 2017 and 2019, Gibb also had a successful 25-year career at the BBC, culminating in his role as head of BBC Westminster. Before that, he was deputy editor of Newsnight and editor of The Daily Politics and This Week.

Gibb has also previously acted as an editorial adviser to GB News.

Explaining the detail of the Newsnight introduction which led to her rebuke, she said the programme had attracted little comment on the night of broadcast, and only became problematic following the Downing Street complaint to management, which she said came the following morning.

Maitlis told the Edinburgh audience of industry insiders that while government complaints were not unusual, the speed with which the BBC sought to pacify the complainant was.

She said: “Within hours, a very public apology was made, the programme was accused of a failure of impartiality, the recording disappeared from the iPlayer, and there were paparazzi outside my front door.”

While criticising the BBC’s speed of response, which she said seemed aimed to “send a message of reassurance directly to the government itself”, she said she had received support from an unexpected corner, admitting Dominic Cummings “texted me that very evening to offer his wry support”.

Earlier in the day BBC chairman Richard Sharp told the Edinburgh TV Festival he “will deal with government interference”, insisting “they value the BBC”.

Mr Sharp, who is a former banker and prominent Tory party donor, was interviewed by actor David Harewood. He became BBC chairman in 2021.

Maitlis – who grabbed headlines around the world with her exclusive Prince Andrew interview in 2019, and has interviewed prime ministers, presidents and policymakers during her long career – also said being a journalist is “getting harder”.

She called on journalists to challenge those in power, asking why many are “so afraid of scrutiny”, and namechecking politicians including Prime Minister Boris Johnson, former US president Donald Trump and culture minister Nadine Dorries.

Urging journalists to catch up with the altered political landscape, Maitlis told the festival audience: “We’re becoming anaesthetised to the rising temperature in which facts are getting lost, constitutional norms trashed, claims frequently unchallenged.

“We – journalists, management teams, organisations – are primed to back down, even apologise, to prove how journalistically fair we are being. That can be exploited by those crying ‘bias’. If it suits those in power to shut us up – or down – they can. Critically, it’s lose – lose for the audience.

“When we hear Donald Trump or Zac Goldsmith or Nadine Dorries or Marjorie Taylor Greene talking about ‘a witch-hunt’, or Boris Johnson going the way of ‘Deep State’ chat, our senses should be primed. This is often a precursor to the rejection of legitimate checks and balances. We should ask why they’re so afraid of scrutiny.”

She also touched on fake news and the power of social media, calling it “exceptionally favourable to the language of populism because it benefits simplistic, emotional messages that suit the elevation of grievance”.

Maitlis began her speech talking about Donald Trump’s election victory in 2016 and ended by talking about him “unilaterally declared himself the winner of an election he lost” in 2020.

She also made reference to her own 2020 Newsnight interview with Hollywood star Robert De Niro in which the actor accused Mr Trump of “not caring how many die” during the pandemic.

Admitting she told her editor at the time, “we can’t possibly put this out. It’s too anti-Trump”, she said it was an example of censoring journalism in order to avoid an imagined backlash and falling into the trap of false equivalence in a bid to be impartial.

The Edinburgh Television Festival 2022 runs from Wednesday 24 August to Friday 26 August, with Sky News as its official media partner.