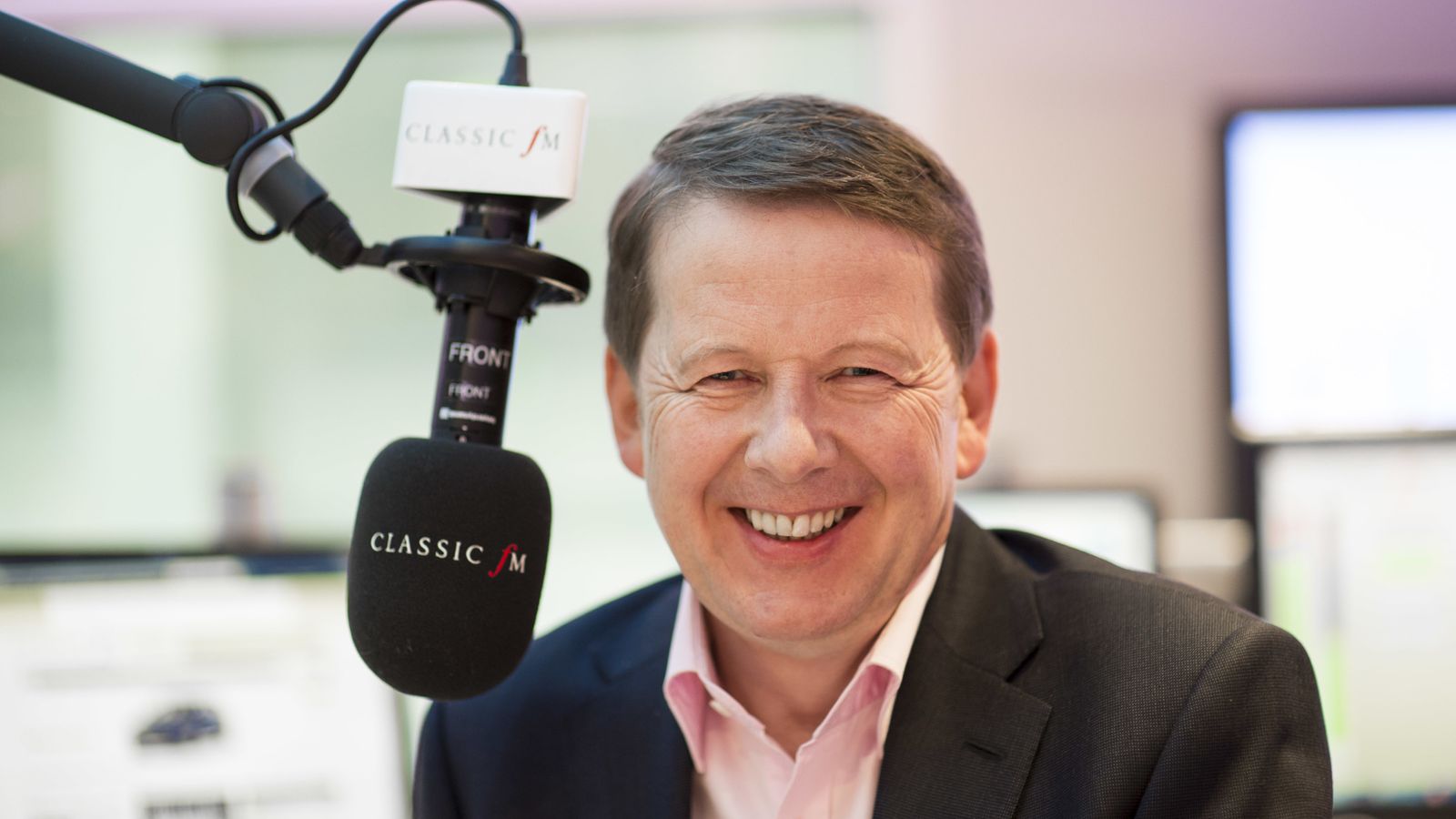 Former BBC Breakfast host Bill Turnbull has died at the age of 66 after a long battle with prostate cancer, his family has said.

They said the presenter and journalist died “peacefully” at home in Suffolk on Wednesday, surrounded by his family following a “challenging and committed fight against prostate cancer”.

Turnbull had announced his battle with the disease in 2018, following his diagnosis the previous year.

Poignantly, his diagnosis with prostate cancer had coincided with his filming of a celebrity edition of The Great British Bake Off – in aid of the charity Stand Up to Cancer.

He had received treatment from Royal Marsden and Ipswich Hospitals, as well as latterly St Elizabeth Hospice. His family praised his care, as well as the support of friends, colleagues, and fans.

Highlighting his openness about both his diagnosis and treatment, they added: “It was a great comfort to Bill that so many more men are now testing earlier for this disease.”

A host of stars paid tribute to the broadcaster, including a tearful remembrance by current BBC Breakfast hosts Charlie Stayt and Naga Munchetty live on air.

Sian Williams, who spent more than a decade hosting BBC Breakfast alongside Turnbull thanked him for the “laughter and friendship”, tweeting: “Goodbye, Billy. The kindest, most generous of presenters.

“A wonderful friend for 30 years. And a man devoted to his family. All thoughts and love with them. You will be so, so missed”.

Another of his former BBC Breakfast co-hosts, Susanna Reid, also paid tribute on Twitter, writing: “Bill was the kindest, funniest, most generous man in the business. I feel lucky to have worked with him and he taught me everything.

“But above all, he was devoted to his family and I am heartbroken for them. RIP Bill. We will miss you so much.”

Journalist John Simpson, entrepreneur Lord Alan Sugar, and quiz show presenter and author Richard Osman were among others to pay their respects.

Turnbull began his broadcast career at Scotland’s Radio Clyde in 1978, before joining the BBC as a reporter for the Today programme in 1986. He became a reporter for BBC’s Breakfast Time two years later.

In 1990, he became a correspondent for BBC News and reported from more than 30 countries. A four-year stint as Washington Correspondent saw him cover notable stories including the Monica Lewinsky scandal and the OJ Simpson trial.

After moving back to the UK, he became one of the main presenters on BBC News 24 (as it was previously called). He also worked for BBC Radio 5 Live, including presenting Weekend Breakfast.

Joining BBC Breakfast in 2001, he co-hosted with Sian Williams for 11 years, until the programme moved from London to Salford as part of BBC plans to shift output away from the capitol.

He then co-anchored alongside Susanna Reid, with the pair presenting together until 2014, when Reid left the show to join ITV.

A favourite with viewers, Turnbull fronted the show until 2016, also presenting alongside journalists including Kate Silverton, Natasha Kaplinsky and Louise Minchin.

Competing on Strictly Come Dancing in 2005 alongside professional Karen Hardy, Turnbull was the seventh celebrity to leave the show.

He also appeared on ITV’s Who Wants To Be A Millionaire? and Through The Keyhole; the BBC’s Celebrity Mastermind, Would I Lie To You?, Pointless Celebrities and Room 101, and in dictionary corner for Channel 4’s Countdown.

He played himself in 2011 Doctor Who episode The Wedding Of River Song.

A keen beekeeper, Turnbull published his book – The Bad Beekeepers Club – charting the ups and downs of an apiarist, the same year.

In October last year, Turnbull announced he would be taking a leave of absence from his show on Classic FM for health reasons.

In their statement, his family said: “Bill will be remembered by many as a remarkable broadcaster who brought warmth and humour into people’s homes on BBC Breakfast and Classic FM.

“He was also a devoted Wycombe Wanderers fan and an ever-aspiring beekeeper.

“Bill was a wonderful husband and father to his three children; his family and friends will miss how he always made them laugh, and the generosity and love he shared with those around him.”

He leaves behind his wife Sarah and three children, Henry, Will and Flora.