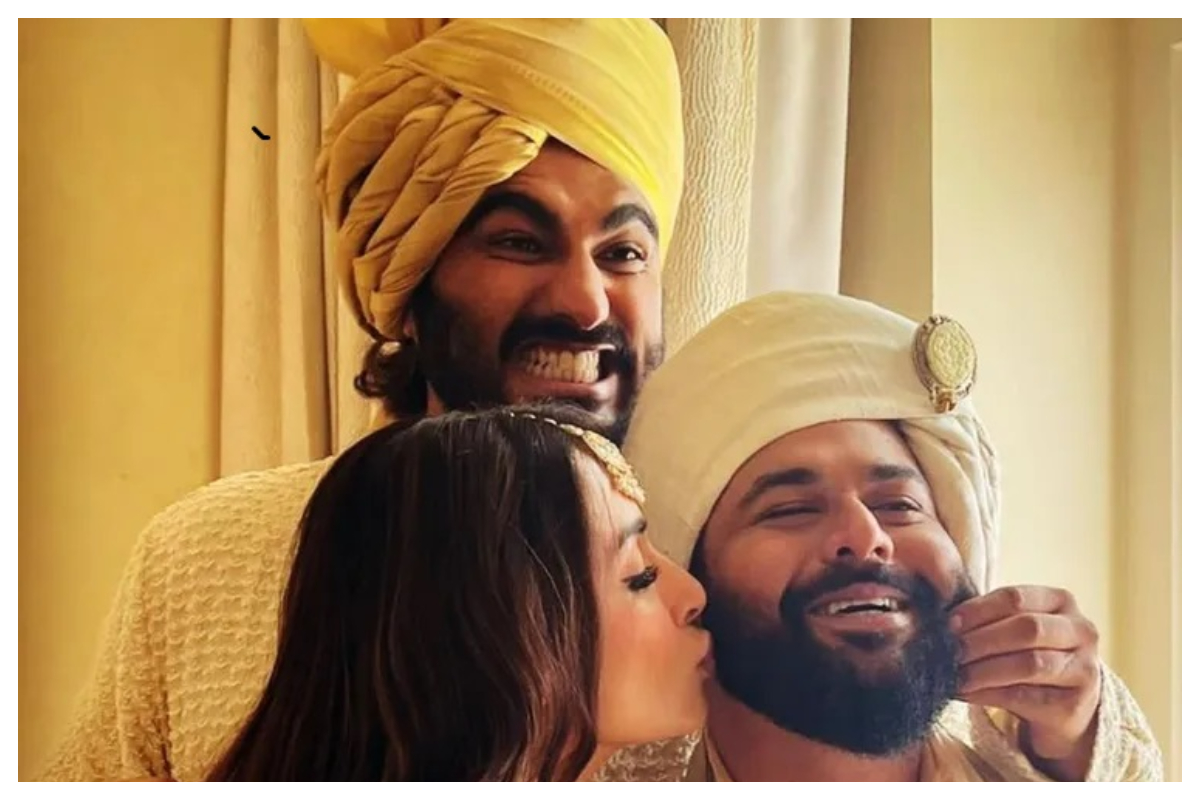 Arjun Kapoor has shared more sneak peeks from Kunal Rawal and Arpita Mehta’s wedding, where he can be seen having fun with his girlfriend Malaika Arora. Kunal Rawal and Arpita Mehta, two well-known fashion designers, got married on Sunday, August 28. They had been dating for a few years before the wedding. There were a lot of big names from Bollywood at their party, like Arjun, Malaika, Varun Dhawan, his wife Natasha Dalal, Shahid Kapoor, and his wife Mira Rajput. Now, Arjun has shared a picture and a video from the party.

Arjun posted a picture and a video on Instagram that showed what was going on behind the scenes. In the picture, Arjun and Malaika pose with Kunal Rawal, who is the groom. Malaika can be seen kissing the fashion designer’s cheeks, while Arjun can be seen pinching Kunal’s cheeks. It goes without saying that the couple looked great in their beautiful traditional clothes. In the next video, Arjun and Malaika can be seen laughing as they try to pose with a silly-looking Kunal. Arjun wrote on the post, “For the behind-the-scenes of this legendary photo, swipe right. Content credit (laughing emoji): @shahidkapoor and @karishma.”

On the work front, Arjun was last seen in Mohit Suri’s Ek Villain Returns with John Abraham, Disha Patani, and Tara Sutaria. He now has Ajay Bahl’s The Lady Killer with Parineeti Chopra and Aasmaan Bharadwaj’s Kuttey in the pipeline.

Malaika, on the other hand, is an entrepreneur and is often seen as a judge on television reality shows.